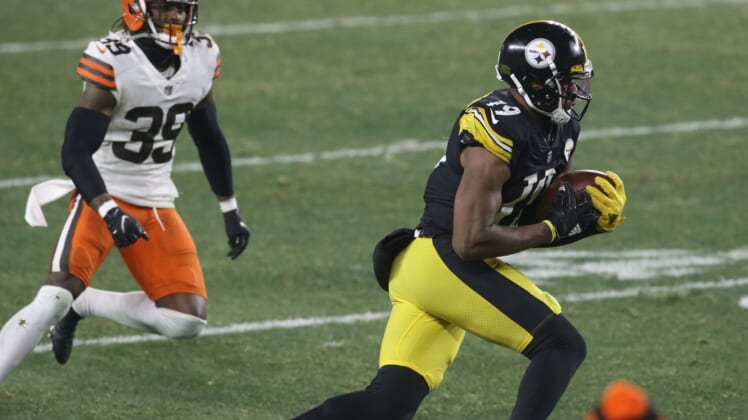 The Steelers announced on Friday that Smith-Schuster signed a one-year deal.

While no financial terms were revealed, he reportedly gave the salary-cap-strapped Steelers a hometown deal, bypassing bigger offers to stay with the team that selected him in the second round of the 2017 NFL Draft.

He will receive a $7 million signing bonus, a $1 million base salary and four voidable years to lower the 2021 cap hit to $1.6 million, per multiple reports. The Kansas City Chiefs and Baltimore Ravens offered more money, NFL Network reported.

“Can’t say it enough, I love you Pittsburgh,” Smith-Schuster tweeted Friday afternoon. “Came in here a young 20 year old and you guys embraced me from the moment I got here. So much love. Had my back thru everything, all the struggles and success. So hard to leave. See you this Fall in Heinz WE’RE GOIN CRAZY!!!

He already has made his mark in both NFL and franchise history.

He was the first receiver in NFL history to post a dozen 100-yard receiving games, and also the first to catch 200 passes, before turning 23. He is the youngest player in league history to tally 2,500 career receiving yards.