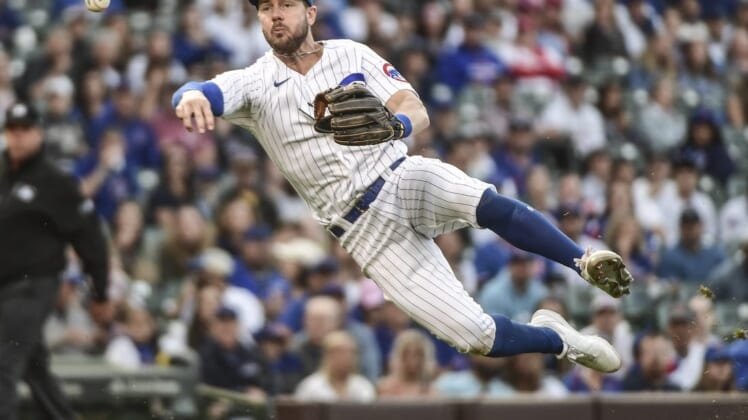 After both teams failed to score in the 10th, Yepez, who has 11 RBIs in 30 major league games, opened the 11th with a run-scoring single off Daniel Norris (0-4). Fellow rookie Brendan Donovan (two hits) added an RBI double later in the frame for St. Louis, which took three of five during this weekend set.

St. Louis’ Paul Goldschmidt also recorded two hits to extend his consecutive on-base streak to 42 games. Meanwhile, Nolan Arenado delivered a two-run single in the fifth for the Cardinals, who have won 12 of 17.

Patrick Wisdom and Nico Hoerner each had two hits for the Cubs, who fell to 11-20 at home this season. Chicago’s Christopher Morel singled to extend his club-record streak of reaching base in his first 20 major league games.

With one out in the eighth, Wisdom doubled off St. Louis reliever Genesis Cabrera (3-1), who pitched four innings of relief. He scored when P.J. Higgins broke a 2-2 tied with a double to right field.

Starters Adam Wainwright of St. Louis and Chicago’s Justin Steele were solid while each going seven innings. It was a career-long for Steele, who yielded two runs — one earned — with seven hits and three walks. The 40-year-old Wainwright also gave up two runs, plus nine hits and two walks without a strikeout.

In that Chicago first, Willson Contreras walked, then went to third on Ian Happ’s double. Frank Schwindel’s sacrifice fly followed. The Cubs made it 2-0 with Jason Heyward’s RBI single in the fourth.

The Cardinals evened things in the fifth, when Tommy Edman delivered a two-out single, and went to third as Goldschmidt made second while reaching on third-baseman Wisdom’s throwing error. Both scored on Arenado’s single.