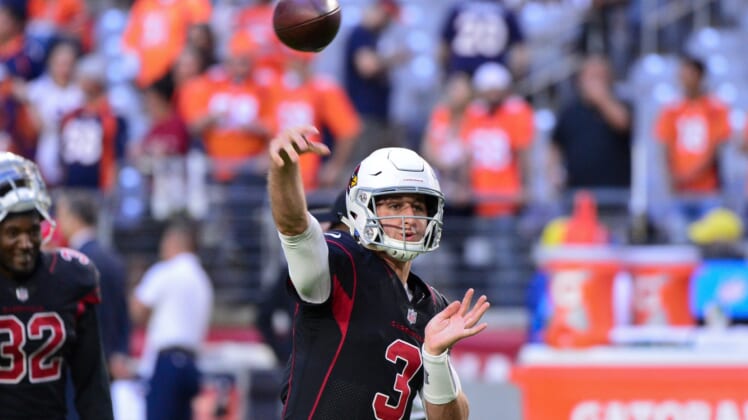 The Arizona Cardinals made a huge mistake (or did they?) Thursday morning releasing a hype video for the 2019 season that seemed to indicate Josh Rosen is a goner.

Yeah, Rosen’s not in there.

Well, a few hours later the team released a second hype video. All of a sudden, Rosen had made the cut.

Amazing job, Cardinals. Really. We totally mean that from the bottom of our hearts.

This must mean Kyler Murray isn’t coming to Arizona.