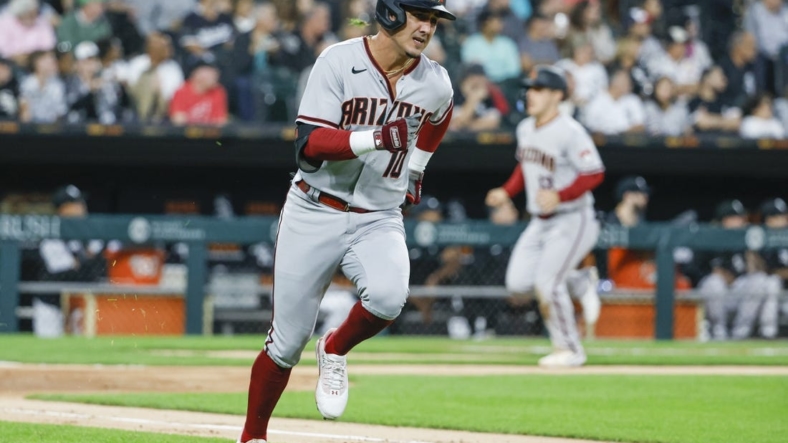 Josh Rojas drove in three runs and Emmanuel Rivera and Daulton Varsho homered to support five strong innings from Tommy Henry and lift the visiting Arizona Diamondbacks to a 7-2 victory against the Chicago White Sox on Friday night.

Varsho collected three hits as the Diamondbacks stretched their winning streak against the White Sox to six games while improving to 5-2 all-time at Guaranteed Rate Field.

Elvis Andrus had Chicago’s lone RBI, on a fourth-inning groundout, before AJ Pollock knocked a solo home run with one out in the ninth inning.

Henry, a rookie left-hander, moved to 3-2 after holding the White Sox to one run on four hits in five innings. He had three walks and three strikeouts.

Chicago hopes Cueto’s struggles prove only to be an outlier in a string of recent dominance. Entering Friday, he had allowed three earned runs or fewer in 14 successive starts, two short of a career high he established in 2011.

After swiftly retiring the side in order in the first inning, Cueto yielded two singles in a four-pitch span to start the second, then walked the next batter. Alek Thomas’ run-scoring sacrifice fly put Arizona on the board, but the biggest blow came on Rojas’ bases-clearing double.

Rivera followed with a two-run home run to punctuate the rally. Varsho added a solo shot against Cueto (6-6) in the third inning.

Pollock and Seby Zavala had two hits each for the White Sox.

Luis Robert (left hand bone bruise) and Yoan Moncada (left hamstring) were out of the lineup for the White Sox, who have lost three straight at home.