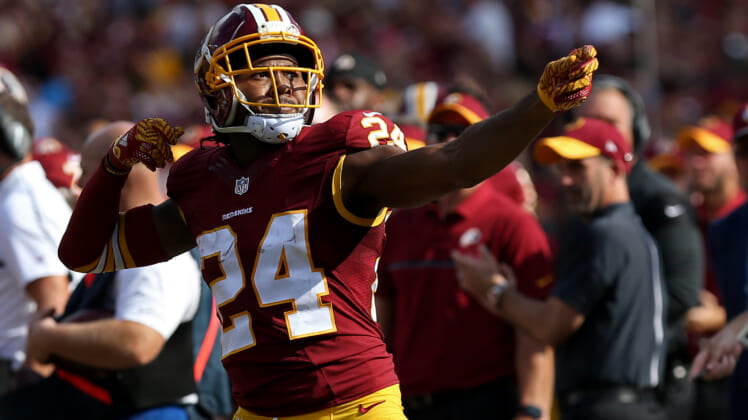 The Washington Redskins cut cornerback Josh Norman on Friday, saving a nice pile of cash in the process, but it seems both parties are happy about the exchange.

Check out the tweet Norman sent out after the news broke that he was being cut.

That could perhaps be seen as a dig at his former team, but at the least it’s certainly a declaration that Norman wants to play for a championship contender.

Once a budding star playing for Ron Rivera and the Carolina Panthers, Norman quickly grew frustrated with Carolina’s unwillingness to pay him like a top cornerback. Eventually, he signed with Washington, which made him the highest-paid cornerback in the game at the time of his contract.

Unfortunately for Washington, Norman never played up to his deal. The stellar play that he displayed with the Panthers was rarely seen during his four seasons in the nation’s capital.

Perhaps Norman feels the Redskins just never gave him a chance to succeed. Whatever the case, he’s clearly excited to have another chance to hit the open market. Likely, despite his poor play in Washington, Norman will get that chance. And it sure seems like he’s eyeing a certain type of squad — a squad that could benefit greatly from a hungry veteran at the tail end of his career.