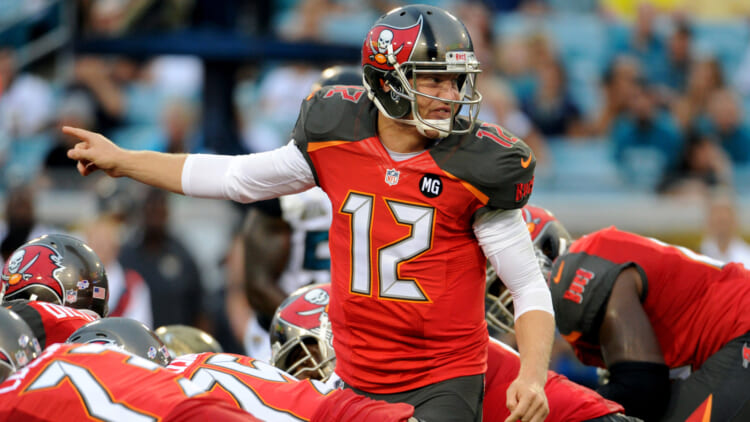 Courtesy of USA Today Sports: For Cleveland, it’s going to be all about Josh McCown playing decent football.

It appears that the Cleveland Browns are ready to roll with Josh McCown, at least for the start of training camp this summer.

When asked if McCown is “at least the favorite” to open training camp as the Browns starting quarterback, head coach Mike Pettine responded “I think it’s fair to say that.”

The comments came via 92.3 The Fan in Cleveland (h/t Cleveland.com).

Considering the team passed on a quarterback early in the 2015 NFL draft, this can’t be terribly surprising news. The decision was also made easier by Johnny Manziel’s two-month long stint in rehab earlier this year.

Cleveland signed McCown to a three-year, $14 million contract with nearly $6.3 million guaranteed after he was released by the Tampa Bay Buccaneers in the lead up to free agency. McCown, 35, had a horrible 2014 season with Tampa Bay. He threw 11 touchdowns compared to 14 interceptions en route to a 1-10 record in 11 games as the team’s starter. That came a year after McCown threw 13 touchdowns and just one interception for the Chicago Bears.

The $6.3 million guaranteed the veteran received had to be an indication Cleveland was planning on starting him.

With Manziel out of rehab and prepared to prove skeptics wrong, Pettine’s comments are unlikely to quiet any talk about an open competition when summer comes calling and camp starts. Manziel, the team’s first-round pick in 2014, was dreadful in limited action during his rookie campaign. He failed to throw a single touchdowns and had two interceptions in two starts.