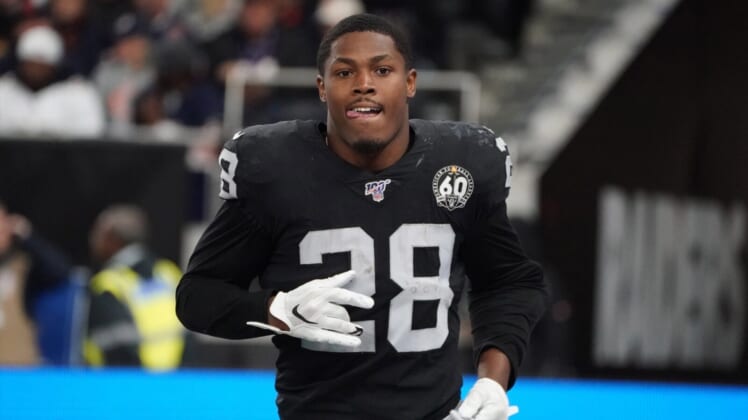 Raiders rookie sensation Josh Jacobs posts on his Instagram page that he had surgery on his leg.

While many on Raider Nation opened gifts under the Christmas tree this holiday week, Raiders running back Josh Jacobs surprised fans in a different way.

Posting on his Instagram stories page, and first reported by The Athletic‘s Vic Tafur, Jacobs revealed he had surgery on his ailing leg. Although everyone had known about the player’s fractured shoulder that has kept him out of games the past few weeks, this news on a leg issue was unexpected.

“This was random,” Jacobs posted over his video on Instagram. “I didn’t even plan on being here.”

It’s uncertain if the injury was football-related or not since the rookie says it was unplanned.

It’s also a surprise as Raiders coach Jon Gruden had said during his weekly press conference that he believed Jacobs could play in this weekend’s season finale in Denver against the Broncos.

This story is developing and we’ll bring you more as we get more information.

UPDATE: According to Vinny Bonsignore of the Las Vegas Review-Journal, the Raiders have confirmed Jacobs’ surgery calling it a “superficial skin infection.”