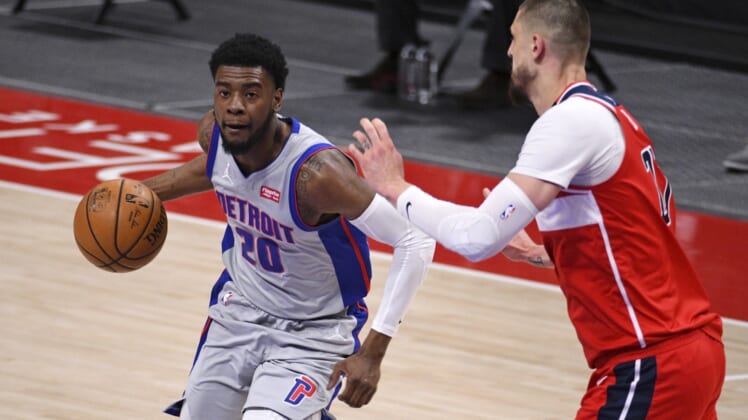 Josh Jackson led seven Detroit scorers in double-figures scoring with 31 points, and the Pistons cruised past the Washington Wizards, 120-91, Thursday at Little Caesars Arena in Detroit.

A 9-2 run in the first quarter powered Detroit to a 10-point advantage through the opening period, and the Pistons only grew their lead the rest of the way. Detroit outscored Washington in every quarter but the third, which was a 24-24 tie.

The Pistons’ balanced scoring, coupled with a stout defensive effort, helped push the gap to as many as 31 points.

Every Piston that played scored at least three points, and all hit at least one field goal.

Russell Westbrook recorded his fourth straight triple-double and 18th of the season in the loss, finishing with team-highs of 16 points, 11 rebounds and 12 assists. Westbrook also committed nine turnovers, a majority of Washington’s 14 giveaways as a team.

Combined with a 5-of-19 shooting performance from 3-point range, and dismal 6-of-19 at the free-throw line, the Wizards were held below 100 points for the first time since mustering just 91 in a Feb. 12 loss to New York.

Bradley Beal, the NBA’s leading scorer, did not play for the Wizards due to a hip injury.