Josh Gordon: Browns have ‘best receiving corps in the NFL’ 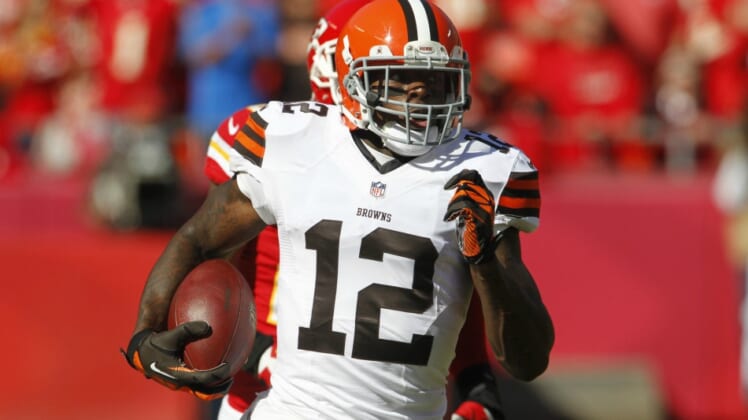 The Cleveland Browns have won just a single game the past two seasons, but it’s clear that the players are expecting big things in 2018. On that note, just check out what Josh Gordon said about his team’s offense, and more specifically about the receiving corps.

Josh Gordon believes the #Browns already have “the best receiving corps in the NFL” pic.twitter.com/A61m9UaLLK

If we’re being honest, depending on the quarterback play the Browns get this year, this statement might not look all that crazy in due course.

Gordon, when healthy and on the field, is certainly one of the league’s best. Additionally Browns have Jarvis Landry, Corey Coleman, rookie Antonio Callaway, not to mention tight end David Njoku, who is set to break out in a big way in his second season, and running back Duke Johnson, who is one of the best pass-catching backs in the NFL.

So, the weapons are there. Whether they can all work together to make this offense truly dangerous remains to be seen.