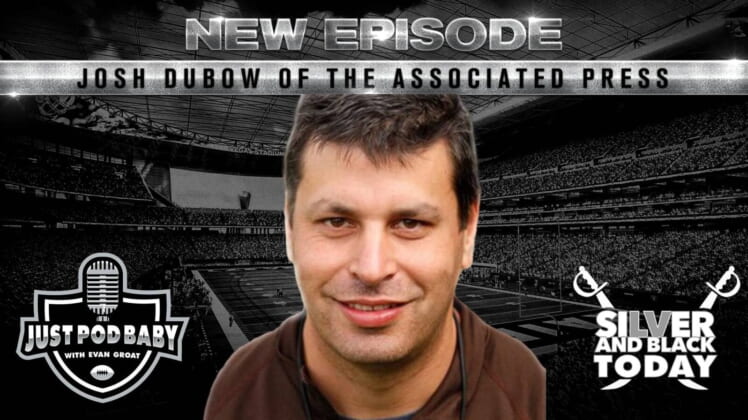 Evan Groat is back with his first new podcast for Silver and Black Today Media Group with journalist Josh Dubow who talks about why his statistical approach rubs some Raiders fans the wrong way.

Groat gives his thoughts about what approach the Raiders may take in this month’s NFL Draft. While everyone thinks Mike Mayock will go wide receiver at No. 12, could he go cornerback at No. 19? Or could they trade back into the second round and continue to build the middle of the defense?

Evan gives you his take and breaks down possibilities for the Raiders after their aggressive offseason moves to vastly improve their defense. He’ll name names and tell you what he thinks will go down.

Groat also welcomes a polarizing figure for some Raiders fans – Josh Dubow of the Associated Press. The talented journalist, and his penchant to share stats that please or anger fans, often triggers fans who don’t agree with his point of view. He explains how he uses stats and talks about the Raiders moves this offseason.

Dubow also gives his view on the rift in Raider Nation around Derek Carr and more.

The Just Pod Baby podcast publishes every week on Friday and is available on ApplePodcasts, GooglePlay, Spotify, and Stitcher.