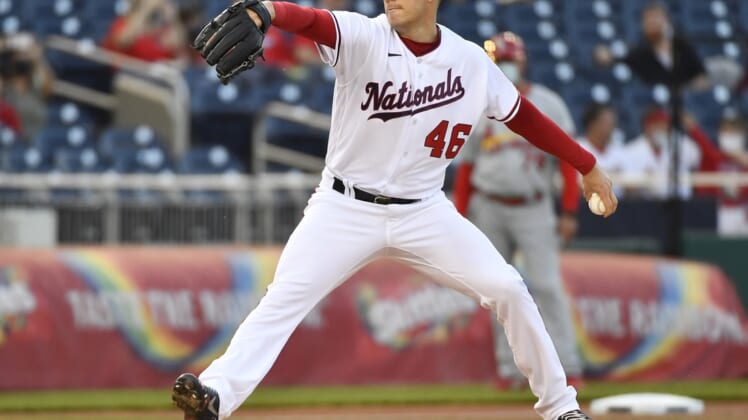 Josh Bell drove in a season-high four runs, and Patrick Corbin ended a long drought, leading the host Washington Nationals to a 7-2 win over the Miami Marlins on Saturday.

On Saturday, Corbin allowed four hits, four walks and two runs in a season-high seven innings. He struck out four batters and lowered his ERA from 9.87 to 8.10.

Miami rookie Paul Campbell, who arrived to the Marlins prior to this season as a Rule 5 draft pick, took the loss in his first career start and fifth overall appearance. Campbell (0-2) lasted just 3 2/3 innings, allowing nine hits and five runs, four earned.

Miami was led by Jesus Aguilar, who slugged his sixth homer in his past eight games. He has 12 RBIs in that span.

The Nationals, who have won three straight games, will go for a three-game sweep of the Marlins on Sunday.

Washington led Saturday’s game from the start as Bell hit an RBI single in the first. After Bell’s hit, the Nationals had the bases loaded with one out, but ex-Marlin Starlin Castro bounced out and Andrew Stevenson struck out as Campbell escaped further damage.

Gomes started a rally in the second with a leadoff single. He advanced on Trea Turner’s single, scoring from second on Josh Harrison’s single. Harrison went 3-for-5 for the game.

The Nationals broke the game open with five runs in the fourth, getting Gomes’ two-run homer and Bell’s three-run double.

Miami finally got on the board in the sixth on Aguilar’s homer, and the Marlins made it 7-2 in the seventh as Jon Berti walked, Chad Wallach doubled and Isan Diaz lofted a sacrifice fly.