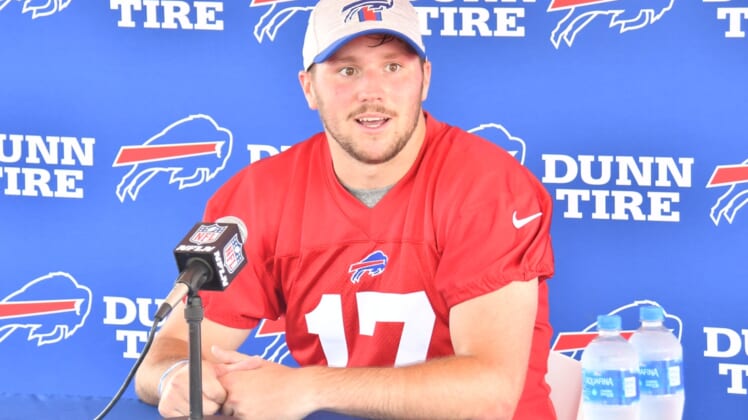 Buffalo Bills quarterback Josh Allen agreed to a six-year extension through the 2028 season on Friday.

The team did not release financial details, but ESPN reported it was worth $258 million — $43 million per season — and includes $150 million guaranteed.

Allen, 25, is coming off a breakout season in 2020 in which he made the Pro Bowl, guided the Bills to their first AFC East title since 1995 and broke single-season team records for passing yards (4,544) and touchdown passes (37).

Buffalo lost to the Kansas City Chiefs, 38-24, in the AFC Championship Game.

The $43 million average annual value makes Allen the second-highest-paid quarterback in the NFL, behind Chiefs star Patrick Mahomes ($45 million) and just ahead of the Dallas Cowboys’ Dak Prescott ($42M).

Allen is the first quarterback in the 2018 class to sign a long-term second contract. Lamar Jackson of the Baltimore Ravens and the Cleveland Browns’ Baker Mayfield are also in line for lucrative deals.

Related: If you’re a fan of the Bills, check out #BillsMafia rumors, rankings, and news here.