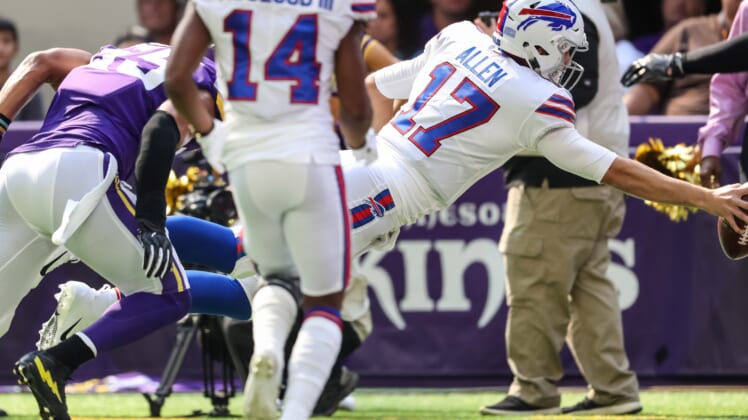 Allen had 87 rushing yards in the first half against the New York Jets. That, combined with 99 yards in Week 12 versus the Jacksonville Jaguars and 135 in Week 13’s game with the Miami Dolphins, gave Allen 321 rushing yards over a three-game stretch. That broke a record that Vick had set in 2006.

With 87 rushing yards in the first half today, Josh Allen has 321 over the past 3 games (and counting). That is the most by a QB in the Super Bowl era. https://t.co/9wGalPAM5P

Allen was known for his strong (but not always accurate) arm when he came into the NFL. But, as it turns out, he can be pretty dangerous with his legs, as well.