Josef Newgarden claims win in Illinois for 5th of season 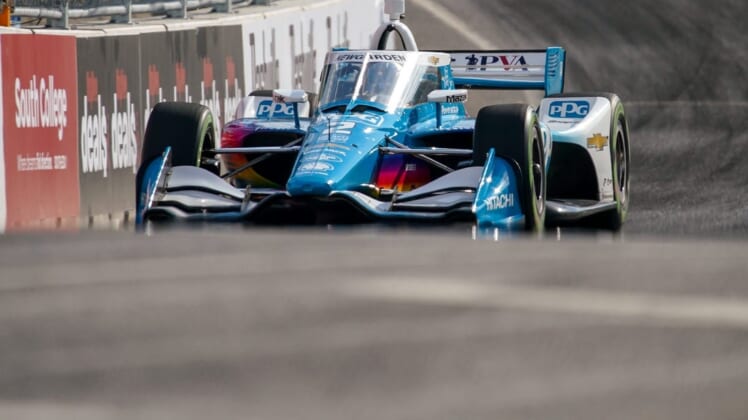 Josef Newgarden took the checkered flag at the Bommarito Automotive Group 500 on Saturday in Madison, Ill., for his series-best fifth win of the season.

The race was delayed for two hours and nine minutes by rain and lightning.

“I was so happy we could finish this race,” Newgarden said. “Scott McLaughlin, he wanted to win, too. I love that about us. We have a good relationship. He drove me super fair there at the end.”

Pato O’Ward finished fourth and was followed by Takuma Soto.