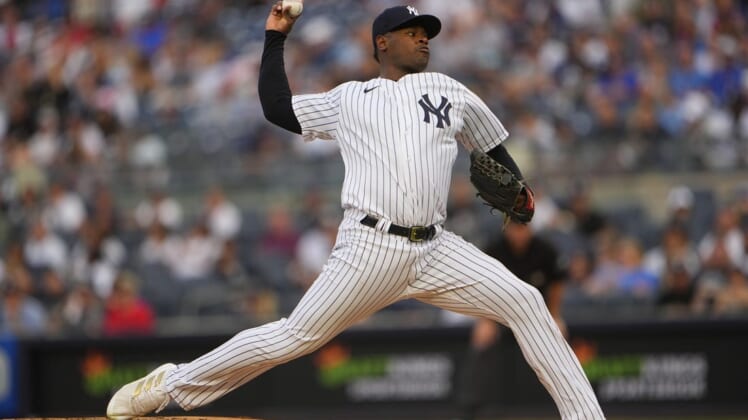 Pinch hitter Jose Trevino hit a game-ending single with two outs in the 13th inning and the New York Yankees outlasted the Chicago Cubs for a 2-1 victory Friday night at Yankee Stadium.

Trevino batted for struggling catcher Kyle Higashioka and gave the Yankees their 13th win in 16 games when he lined a 1-1 sinker from Alec Mills (0-1) over the leaping try of shortstop Andrelton Simmons into left to score automatic runner Joey Gallo from third.

It was New York’s seventh walk-off win of the season. Trevino’s second game-ending hit this season capped an inept showing at the plate by both teams.

After Clay Holmes extended his scoreless inning streak to 28 with three groundouts in the ninth, Clarke Schmidt got a pair of inning-ending double plays in his two innings. Wandy Peralta stranded automatic runner Rafael Ortega at third in the 12th and rookie Ron Marinaccio (1-0) stranded two in the 13th for his first career win.

Before the dramatic finish, the teams traded solo homers in the middle innings.

Gleyber Torres hit his 11th homer to start the fourth for New York while Jason Heyward hit his first of the year to open the fifth for Chicago.

New York’s Luis Severino allowed one run on seven hits in six innings. He struck out 10, walked one and notched consecutive double-digit strikeout games for the first time since May 30-June 4, 2018.

Chicago’s Wade Miley lasted three innings in his return from a sore left shoulder. He pitched three scoreless innings, warmed up for the fourth before leaving with the same injury.

The Yankees went ahead when Torres blasted a first-pitch fastball from Daniel Norris into the New York bullpen beyond the right-center field fence. The Cubs tied it when Heyward lifted Severino’s 1-2 fastball into the left field seats for his first homer since Sept. 8.