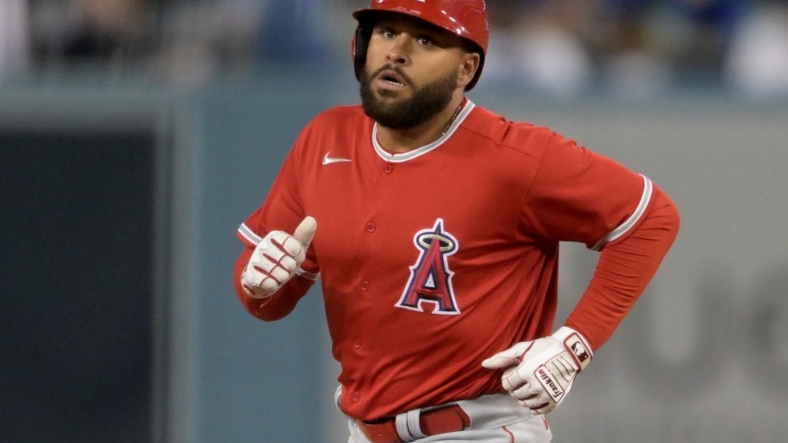 The Los Angeles Angels lost both infielder/outfielder Jose Rojas and outfielder Steven Duggar on Sunday after both had been designated for assignment Thursday.

Rojas was claimed off waivers by the San Francisco Giants, while Duggar cleared waivers and elected to become a free agent.

The Giants added Rojas to their 40-man roster by placing Brandon Belt on the 60-day injured list. Belt is out for the season after knee surgery. Rojas was optioned to Triple-A Sacramento.

Rojas, 29, was batting .125 with a pair of doubles in 22 games with the Angels this season and was batting .188 with six home runs and 16 RBIs in 83 games with Los Angeles over the past two seasons. An Orange County native, Rojas was born in Anaheim, Calif.

Duggar, 28, was batting just .053 in nine games with the Angels after he was selected off waivers from the Texas Rangers last month. Over five seasons with the Giants (2018-22), Rangers and Angels, he is batting .236 with 14 home runs and 87 RBIs.

In another move, the Angels acquired minor league right-hander Nash Walters from the Milwaukee Brewers in exchange for cash considerations.

Walters, 25, is a former third-round draft pick by the Brewers. He is 6-3 with a 4.47 ERA in 44 relief appearances across two different minor league levels this season.