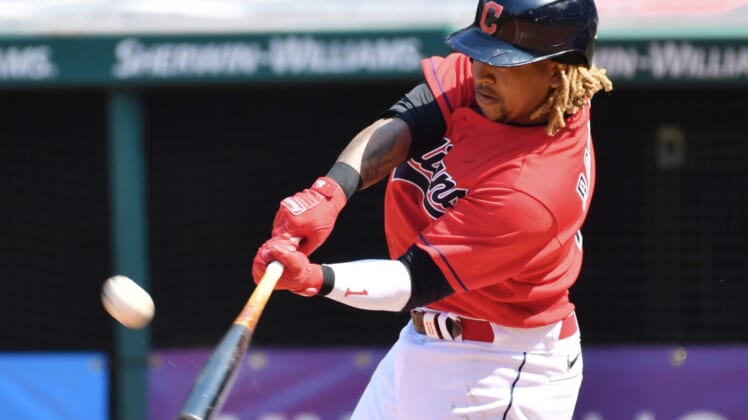 Jose Ramirez had a pair of two-run home runs as the Cleveland Indians defeated the Kansas City Royals 4-2. Ramirez had one extra-base hit and had not driven in a run in his first four games.

Emmanuel Clase, who threw nine of his 15 pitches over 100 mph, picked up the win. Nick Wittgren got the save.

Neither starter factored in the decision despite strong efforts. Jakob Junis made his first start of the season in what was expected to be a bullpen day for the Royals. He pitched five shutout innings and allowed just one hit. He struck out six and walked two. In eight appearances (six starts) in 2020, Junis’ longest outing was 4 2/3 innings.

Royals starters had an ERA of 12.66 in the first three games this season, but the starters in this series pitched a combined 11 shutout innings.

Shane Bieber, who has never lost to the Royals, went 6 1/3 innings, striking out 12 and walking four. He allowed two runs on three hits. Bieber is 4-0 in eight career starts.

Royals pitchers kept the Indians scoreless through the first 14 2/3 innings this series, allowing only five hits prior to Ramirez’s sixth-inning home run.

Salvador Perez gave the Royals the lead in the fourth with a home run. It was the second home run allowed this season by Bieber. In his Cy Young Award-winning 2020 season he gave up only 15 runs and seven of them came via home runs.

It was Perez’ second home run of the year.

Ramirez hit his first two-run home run to give the Indians the lead. It was his first home run and first two RBIs of the season.

But the Royals came right back in the seventh. Kyle Isbel walked with one out. Michael Taylor followed with a single, which chased Bieber. On the first pitch from reliever James Karinchak, Nicky Lopez ripped a single to right, scoring Isbel.

Ramirez then hit a Greg Holland pitch off the top and over the wall in the eighth.