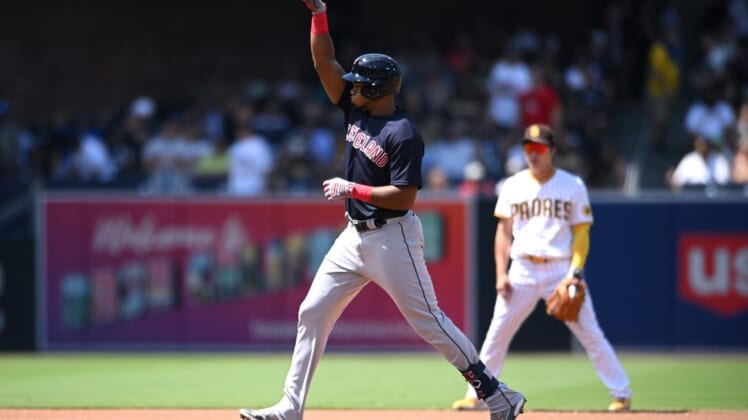 Quantrill (10-5) held the Padres to five hits and a walk with six strikeouts over seven innings. It was Quantrill’s sixth straight win and the Guardians’ ninth straight when Quantrill starts.

Ramirez homered in the first off Padres starter and loser Blake Snell (5-7). Ramirez and Oscar Gonzalez then went back-to-back to open a five-run fourth against Snell, who was tagged for six runs on eight hits with four strikeouts in just 3 1/3 innings.

Ramirez’s first homer came on a drive into the left field seats. His 25th homer traveled 407 feet to left center. Gonzalez then hit his fifth homer of the season and second in as many days.

Later in the fourth, Josh Naylor and Owen Miller hit back-to-back singles, putting Guardians at the corners. After Snell struck out Tyler Freeman, Luke Maile hit a RBI single to make it 4-0. Myles Straw followed with a single to load the bases and end Snell’s game. Steven Kwan then greeted reliever Steven Wilson with a two-run single.

Cleveland added its final run in the seventh against left-handed reliever Jose Castillo, who was making his first Major League appearance since 2019. Kwan drew a lead-off walk, moved to third on Amed Rosario’s single and scored on Ramirez’s sacrifice fly.

Ramirez finished 3-for-3 with a walk and three RBIs and two runs.

It was the eighth shutout of the season against the Padres and the fourth in August. The Padres finished 0-for-9 with runners in scoring position Wednesday and 1-for-17 in the two game-series.

Juan Soto missed a second straight game for the Padres with mid-back tightness.