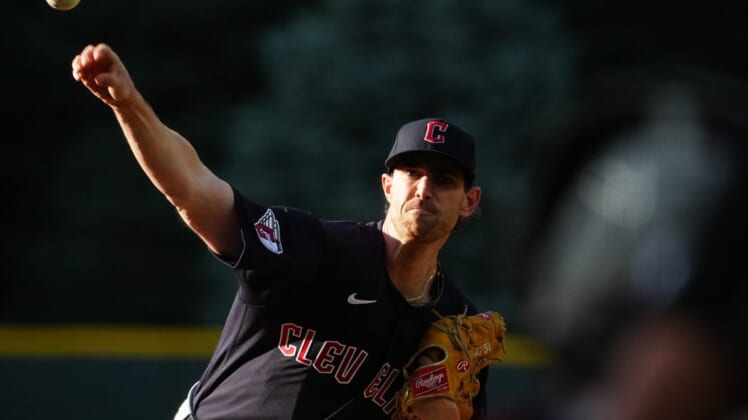 Josh Naylor had three hits and Jose Ramirez drove in three runs and hit a tiebreaking double in the 10th inning as the Cleveland Guardians beat the Colorado Rockies 4-3 in Denver on Tuesday night.

Amed Rosario had two hits and scored twice, Bryan Shaw (2-0) pitched one inning of relief and Emmanuel Clase got the final three outs for his 12th save for Cleveland, which has won five out of six.

The Guardians got the go-ahead run in the 10th on Ramirez’s double off Robert Stephenson (0-1), which drove in Rosario.

Blackmon started the bottom of the 10th on second and moved to third on a single but was thrown out on Brendan Rodgers’ chopper in front of home plate. C.J. Cron grounded into a double play to end the game.

Cleveland took the early lead when Steven Kwan led off the game with an infield single, Rosario doubled to center with two outs to put runners on second and third, and both scored on a single to left by Ramirez.

The Rockies got one back against Shane Bieber in the bottom of the inning. Daza led off with a double but was thrown out at third on Rodgers’ force play. Cron then tripled to center to make it 2-1.

The Guardians padded the lead in the sixth, starter Antonio Senzatela’s last inning of work. Ramirez led off with a walk, stole second and advanced to third on a throwing error by Serven. Naylor singled to bring home Ramirez.

Bieber cruised into the seventh, when he ran into trouble. Serven singled with one out and, after Bieber got Hilliard on a grounder, Blackmon homered into the Rockies’ bullpen to tie it. It was his 10th homer of the season.

Daza singled to chase Bieber, but reliever Eli Morgan got the final out. Bieber allowed three runs on nine hits and a walk and struck out seven in 6 2/3 innings.