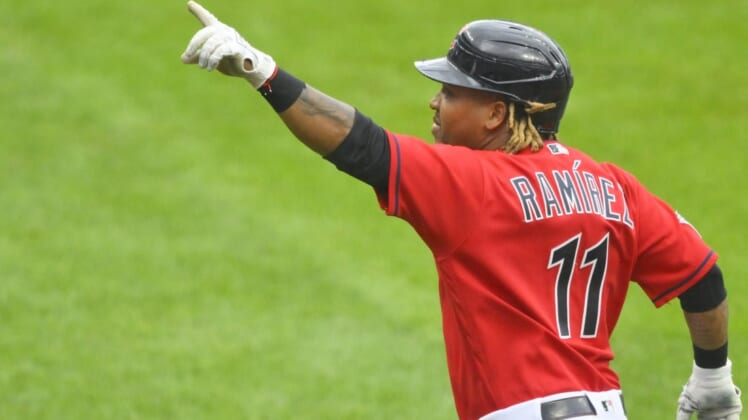 The Guardians have won the first three games of the series heading into Sunday’s finale.

Right-hander Quantrill (6-5, 3.75 ERA) surrendered four hits, no runs and two walks while striking out five in winning his second consecutive start before the All-Star break.

Cleveland jumped on Tigers starter Michael Pineda for three runs in the first. Table-setters Steven Kwan and Amed Rosario singled to start the game. Ramirez followed with a three-run blast, a towering drive that hugged the right-field foul line.

Cleveland has scored first in each of the first three games of the series, posting three runs in the first inning Friday and Saturday.

The Guardians exploded for five runs in the second. Myles Straw’s double drove in Nolan Jones for one, and red-hot Rosario’s two-run double plated Luke Maile and Straw for a 6-0 advantage.

Ramirez followed with a two-run homer, his 19th, that traveled an estimated 385 feet. His five RBIs give him 75 on the season, leading the American League.

Josh Naylor blasted his 13th homer and second in the series with two outs in the fourth. It traveled an estimated 414 feet and extended Cleveland’s lead to 9-0.

The Guardians weren’t done yet, as Jones drove in Andres Gimenez with a single later in the fourth inning for the 10-0 advantage.

The Tigers came close to getting on the board in the ninth, but Harold Castro was thrown out at the plate, trying to score from first after a double by Eric Haase.