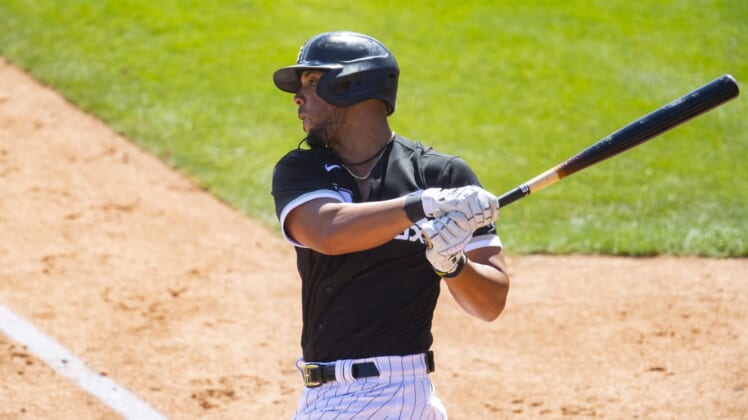 The Chicago White Sox and Los Angeles Angels will open the 2021 season Thursday in Anaheim, Calif., both taking with them a sense of optimism and both boasting MVP candidates.

However, for either team to make a playoff run, it needs production from more than the most prominent players. Chicago’s Jose Abreu, who won the American League MVP last season, and Trout, a three-time AL MVP, can’t do it alone.

There is no better example of that than the Angels and Trout, who is widely considered the best player in the majors but hasn’t been on a playoff team since 2014.

Third baseman Anthony Rendon, in his second season with Los Angeles, is expected to provide protection in the lineup, but the Angels also are counting on the resurgence of left fielder Justin Upton, who has been a bust since the Angels acquired him from the Detroit Tigers at the trade deadline in 2017.

Upton, though, has been healthy this spring, and his Cactus League numbers reflect that. He batted .364 (16-for-44) with four homers and 11 RBIs in 19 games.

“The last few offseasons, I’ve missed a couple of months of training with either resting an injury or doing some rehab stuff, so I hit the ground running this offseason being able to get my body back in good shape,” he said.

Upton also made some mechanical changes late last season and has carried that over into 2021.

“There were some adjustments I made last year and flaws that I was made aware of throughout last season that I was able to make a correction on at the end of the year,” he said. “Those patterns are carried to the spring and we continue to build on that.”

Dylan Bundy will start on the mound for the Angels, coming off a good season — his first with the Angels — in which he went 6-3 with a 3.29 ERA in 11 starts. Bundy has had success against the White Sox in his career, going 4-0 with a 3.86 ERA in five career games (four starts). However, all of those games came as a member of the Baltimore Orioles.

Bundy is matched up against White Sox starter Lucas Giolito, who is making his second Opening Day start and had an impressive spring. Giolito had a 1.17 ERA and 30 strikeouts in 23 innings this spring, but he says it’s not so much the numbers that made it successful.

“A big goal of mine was to improve that slider, use it more, and we’ve accomplished that,” Giolito said. “Another goal of mine, continuing to develop my relationship with Yasmani (Grandal) as well as the other catchers. We accomplished that … so I feel very prepared and ready for the season to start.”

Giolito is 2-0 with a 3.32 ERA in three career starts against the Angels.