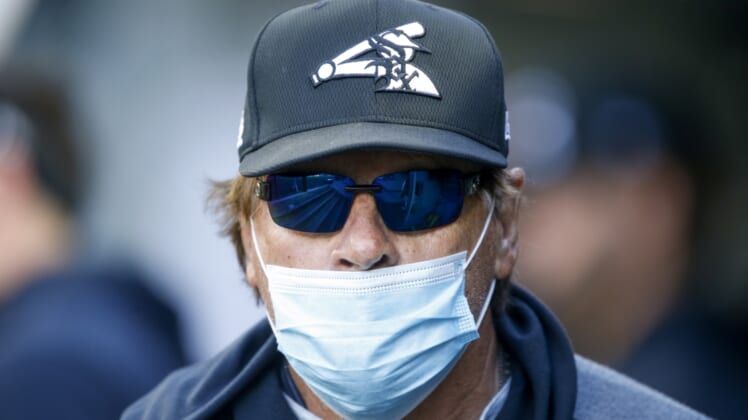 Jose Abreu belted a pair of solo homers to highlight his three-hit, three-RBI performance to lift the visiting Chicago White Sox to an 8-5 victory over the Cleveland Indians on Tuesday.

Yasmani Grandal launched a two-run homer and Tim Anderson also went deep for the White Sox, who benefited from a four-run sixth inning to post their third win in their last four games.

Carlos Rodon (3-0) was making his first start since tossing a no-hitter in an 8-0 win over Cleveland last Wednesday. The reigning American League Player of the Week allowed two runs on three hits while striking out eight in five innings, however five walks drove up his pitch count.

Zach Plesac (1-3) endured his second straight tough outing against Chicago. He followed up a six-run performance in two-thirds of an inning last Wednesday by allowing six runs on seven hits in five innings on Tuesday.

Adam Eaton, who appealed his one-game suspension, singled to lead off the sixth inning and came around to score on Yoan Moncada’s RBI double to give the White Sox a 4-2 lead. Abreu’s run-scoring single spelled the end of the night for Plesac, although Grandal followed two batters later by depositing a 2-2 sinker from Cal Quantrill over the wall in right field.

Abreu went deep in the fourth inning and did so again in the seventh to record his 18th career multi-homer performance. The reigning AL MVP has four homers on the season.

Franmil Reyes had an RBI single in the seventh inning and Josh Naylor and Roberto Perez each drove in a run with two outs the ninth to trim Cleveland’s deficit to 8-5. Liam Hendriks entered the game and induced Jake Bauers to ground out to notch his third save.

Luis Robert (three hits) scored on a groundout in the second inning before Anderson doubled the advantage by sending a 3-2 changeup from Plesac over the wall in center field.

Jordan Luplow halved the deficit by leading off the third inning with his team-leading fifth homer, but Abreu regained the two-run cushion with his blast in the fourth.

The Indians trimmed the deficit in their half of the fourth after Cesar Hernandez’s hard-hit single plated a run, however Naylor was thrown out at home to end the inning.