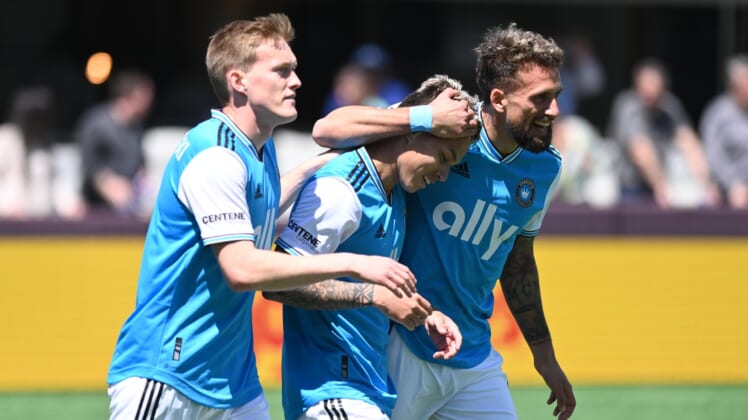 Jordy Alcivar scored on a corner kick in the 11th minute and Charlotte FC held off late bids from the Atlanta United for a 1-0 victory Sunday afternoon in Charlotte, N.C.

Charlotte (3-4-0, 9 points) got a boost from the early goal and sustained that momentum for long stretches.

Alcivar’s outstanding goal came as he launched a right-footed shot on the set piece, with the ball finding the net in the top right corner. The midfielder put the ball just over the outstretched hand of Atlanta goalkeeper Brad Guzan.

After being shut out in its previous game, Charlotte made the early strike hold up.

Atlanta threatened at times during the second half, particular during a stretch midway through the period.

Miles Robinson’s header from the center of the box sailed to the right in the 64th minute. That was followed two minutes later by Franco Ibarra’s near miss from the right side.

Still, Charlotte had the better of the play for much of the second half.

There were four yellow cards in the final 20 minutes in a game that became physical. There were 26 fouls called in the game, with 17 of them on Charlotte.

This was the only home match in five April assignments for Charlotte, which improved to 3-1-0 at home in its first season in MLS.