Jordan Spieth: ‘I am not in discussions with LIV (Golf)’ 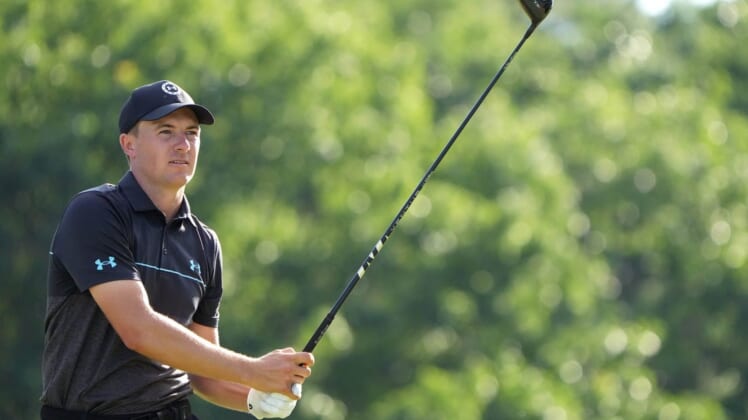 Jordan Spieth took to social media to deny a report that he is in discussions to exit the PGA Tour in favor of the LIV Golf Invitational Series.

Golf Monthly reported that Spieth was in talks with the Saudi-backed LIV Golf series. The new circuit has added Phil Mickelson, Brooks Koepka, Bryson DeChambeau and Sergio Garcia among others.

Spieth, who is listed 12th in the Official World Golf Ranking, said that his name will not be added to that list.

“Let me be clear, any reports that I am contemplating competing anywhere other than the PGA Tour are categorically untrue,” Spieth wrote Friday on Twitter.

“I am NOT in discussions with LIV. I have been quoted on the record for months that I fully support the PGA Tour and have never considered any alternatives.

“My goal has not changed since I began playing golf — to win PGA Tour events and major championships, and to compete against the best players in the world. Those who truly know me, know what is most important to me.”

“Jordan is not in discussions with LIV and is fully supportive of and happy on the PGA Tour,” Danzi said.

Spieth, 28, is one Wanamaker Trophy away from joining the exclusive fraternity of golf royalty — Tiger Woods, Jack Nicklaus, Gary Player, Ben Hogan and Gene Sarazen — to have won each of golf’s majors at least once.

Spieth won the Masters and the U.S. Open in 2015 but finished second at the PGA Championship to Jason Day at Whistling Straits in August 2015. He won the Open Championship in 2017.