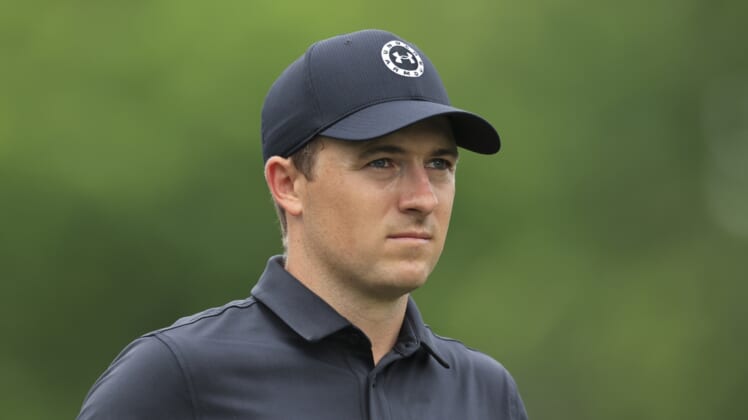 Jordan Spieth downplayed concerns that he is battling an injury leading up to the U.S. Open at Torrey Pines.

Spieth acknowledged Tuesday that he jammed his foot and heel while leaving the course last week, but doesn’t expect it to have a significant impact while tackling the treacherous South Course in San Diego this week.

“It’s been hurting, but it’s nothing that I’m going to do more damage to or anything like that, so I’m fine,” he said.

Spieth is one of the pre-tournament favorites and is being offered at +2000 by PointsBet, tied for sixth-shortest odds among the 156-player field. The comes on the heels of a tie for 18th at the Memorial, Spieth’s 10th top-20 finish in his past 12 events.

That makes him one of the most consistent players in the world through the first half of 2021, including a win at the Valero Texas Open in April.

That’s a far cry from just five months ago, when Spieth had plummeted to 92nd in the Official World Golf Rankings. His four-year slump included a streak of five missed cuts in eight starts spanning the start of last season’s FedEx Cup Playoffs and the Farmers Insurance Open at Torrey Pines earlier this year.

That dark spell included missing the cut at the 2020 U.S. Open at Winged Foot by nine shots. Spieth admits now that his game at the time was ill-equipped to stand up to the test of a U.S. Open.

“I’m in a position where I think I can stand on the 10th tee on Thursday and win this golf tournament,” he said. “As much as you want to say that you can fake it till you make it, I needed that confidence between then and now to really think that standing on the tee.”

The 2015 U.S. Open champion at Chambers Bay, Spieth enters this week ranked third in the FedEx Cup standings and 24th in the world.

Spieth admitted he’s having a hard time pushing off his foot on some drives, but is confident the injury won’t be a factor by the time he tees off the 10th hole at 4:25 EST on Thursday alongside playing partners Scottie Scheffler and Will Zalatoris.