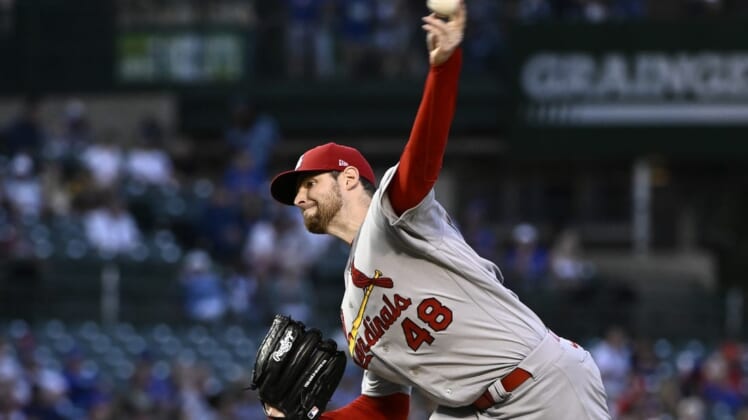 Jordan Montgomery allowed one hit while recording the first complete game of his career as the surging St. Louis Cardinals edged the host Chicago Cubs 1-0 on Monday night.

Albert Pujols continued his offensive tear at the plate, providing the Cardinals’ lone run with the 693rd homer of his career. Montgomery faced just 28 batters to lead St. Louis to its eighth straight victory, its longest win streak of the season.

Montgomery (7-3), who had never completed more than seven innings since breaking into the majors back in 2017 with the New York Yankees, yielded only Christopher Morel’s two-out, third-inning double.

That also proved to be the only baserunner allowed by Montgomery, who struck out seven over an efficient 99 pitches, while helping the National League Central-leading Cardinals to their 17th win in 20 games.

Since being acquired from the Yankees earlier this month, the left-hander has surrendered just one run, 13 hits and fanned 24 over 25 2/3 innings to win all four of his starts with St. Louis.

He was tossing a shutout until the seventh, when the 42-year-old Pujols drove a high pitch from the veteran left-hander into the left field bleachers for his 14th home run of the season. Pujols continues to defy age and time, recording two of St. Louis’ four hits on the night.

Smyly issued only three other hits and two walks while striking out six over seven innings for the Cubs, who have dropped two in a row after winning five straight and eight of the previous 10.

Monday’s game marked the eighth time this season where Chicago has been shut out by its opponent.

St. Louis has won four in a row versus the Cubs and leads the season series 8-4. The Cardinals have also won three straight at Wrigley Field.