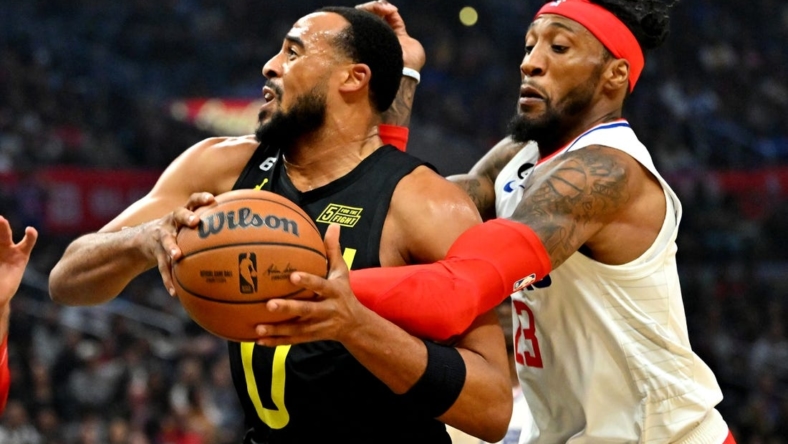 Jordan Clarkson scored 23 points and Collin Sexton added nine of his 22 points in the fourth quarter as the visiting Utah Jazz continued their hot start to the season with a 110-102 victory over the Los Angeles Clippers on Sunday.

Lauri Markkanen added 18 points and nine rebounds as Utah won its second consecutive game at Los Angeles after a three-game road losing streak, the only losses the Jazz have on the season. The Jazz defeated the host Lakers 130-116 on Friday.

Paul George scored 34 points and Marcus Morris Sr. added 18 as the Clippers saw their three-game winning streak come to an end. It was Los Angeles’ first loss in four games when George scored at least 30 points.

A personal 5-0 run by Sexton in a late one-minute stretch gave Utah a 106-98 advantage with 2:41 remaining. Sexton’s dunk with 54.3 seconds remining on a feed from Kelly Olynyk gave the Jazz a 108-102 lead to essentially seal the victory.

Mike Conley had 17 points for the Jazz, while Terance Mann had 14 for the Clippers. Ivica Zubac and John Wall had 12 points apiece for Los Angeles.

The Clippers received 15 points in the first quarter from George, while the game was tied at 29-all after the opening period. George finished with 24 first-half points, but Clarkson had 17 in the first two quarters as Utah led 63-56 at the half.

The Clippers used a 29-21 advantage in the third quarter to take an 85-84 lead as George had 31 points through the first 36 minutes.