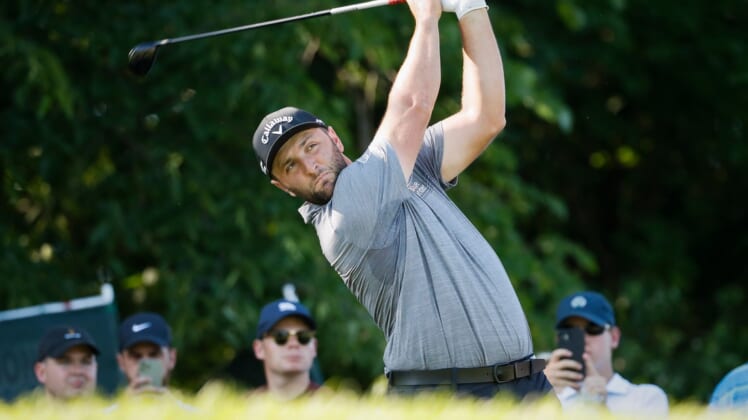 He won the event in 2018 and finished sixth in 2019. Rahm was scheduled to return last year but withdrew the week of the tournament after suffering a muscle injury while working out.

If he is able to maintain his spot for the next two weeks, Rahm would become the first world No. 1 to play in The American Express since Justin Rose in 2019.

“There is no better boost to our player field than to welcome the world’s top-ranked golfer to the Coachella Valley,” said Pat McCabe, Executive Director of The American Express. “We are thrilled to have Jon return as a past tournament champ and help shape what will be an all-around, first-class event.”

The event is scheduled to be played at three courses at La Quinta Country Club in California from Jan. 19-23 and includes 156 professionals and 156 amateurs. Also in the field are tournament host Phil Mickelson, Rickie Fowler, Abraham Ancer and United States Ryder Cup players Tony Finau and Scottie Scheffler.

Reigning PGA Tour rookie of the year Will Zalatoris is also set to make his tournament debut.