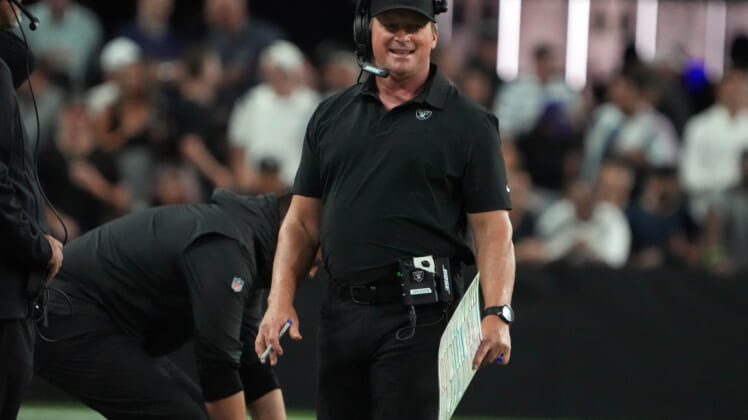 Although the Las Vegas Raiders are currently having a great start to their season at 3-1, head coach Jon Gruden has been facing some heat for all the wrong reasons. Apparently, his email barrage didn’t stop with questionable comments regarding NFLPA Executive Director DeMaurice Smith, the former ESPN Monday Night Football broadcaster also went after NFL commissioner Roger Goodell.

According to Chris Mortenson, back when Gruden was employed by ESPN as an analyst, he was fired up about the lockout and other issues. Here are Gruden’s actual quotes on Mortenson’s report.

“I was in a bad frame of mind at the time [in 2011], and I called Roger Goodell a [expletive] in one of these emails too,” the Raiders coach told ESPN on Friday night. “They were keeping players and coaches from doing what they love with a lockout. There also were a lot of things being reported publicly about the safety of the sport that I love. I was on a mission with high school football [in the Tampa, Florida, area] during that time, and there were a lot of parents who were scared about letting their kids play football. It just didn’t sit well with me.”

It’s unclear why these emails are suddenly coming to light ten years later, but it’s not a good look for Gruden. The Raiders will look to move past this sudden drama as they take on the Chicago Bears at 4:00 PM.