Jon Gruden on allegations against Antonio Brown: ‘Call his employer’ 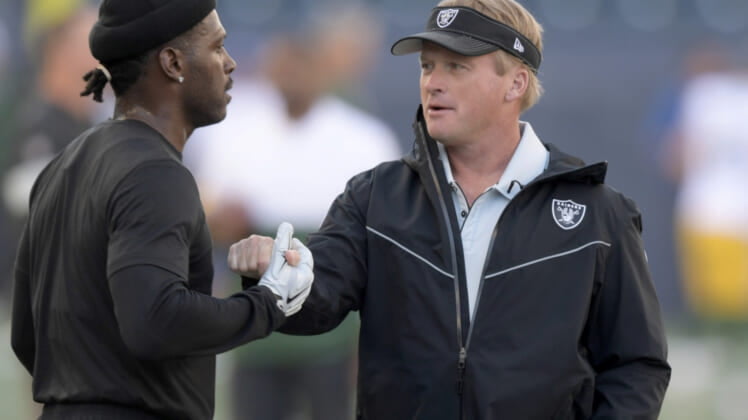 Gruden made that clear following Monday night’s win over the Denver Broncos. He doubled down on that when asked by the media on Wednesday to comment on sexual assault allegations levied against Brown.

“I’m not aware of any more questions,” Gruden said. “If you want to ask about him you can call his employer.”

That’s a veiled shot at the Patriots after they signed Brown mere hours following his release from the Raiders Saturday morning.

New England had no idea what it was getting into. While Brown had his issues during a brief stint in Oakland, this new twist threatens to define the early part of the Patriots’ schedule.

The latest update in allegations of sexual assault against Brown is that the Pittsburgh-area DA is not going to investigate the situation. What that means is not yet known.

As for the Raiders, they are done with Brown. Gruden made that clear in talking to the media on Wednesday.