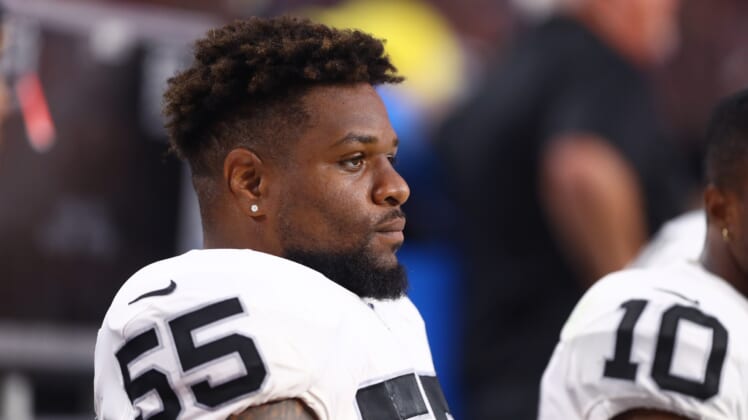 It seems like eons ago that troubled Oakland Raiders linebacker Vontaze Burfict was suspended for the remainder of the season.

It came on this hit against Indianapolis Colts tight end Jack Doyle back in Week 4. Given Burfict’s history of on-field transgressions, the league took decisive action.

Apparently still not over his suspension heading into Week 17, Raiders head coach Jon Gruden put the NFL on absolute blast over how it handled Burfict.

“We lost Burfict. It still really angers me and makes me sick about what happened to Burfict,” Gruden said. “I’m really not happy at all about his situation and the way the league handled that, Jon Runyan and Derrick Brooks. I think that’s ridiculous but that’s another story.”

It goes without saying that Gruden has a subjective opinion on this matter. Most around the NFL world agreed with the league’s stiff punishment. After all, Burfict has a reputation as the dirtiest player in the league.

We’re also not surprised that an old-school coach in Gruden would go to bat for his player.

What’s interesting here is the timing. Gruden decided to blast the NFL and those handing out the punishment, former players included, without a prompt. It could potentially cost him in the way of a fine.

Either way, Gruden and his Raiders head into Week 17 with an outside opportunity to earn a rare playoff appearance. Maybe he should be focused more on this than something that happened back in September.

Vikings Territory - The Vikings 2022 Defense by the Numbers: After Week 13