Johnson charges to four-shot lead after Masters third round

By Reuters
The Masters

AUGUSTA, Ga. (Reuters) – Dustin Johnson had one arm in the Green Jacket after charging to a four-shot lead with a near-perfect seven-under-par 65 in the third round at the Masters on Saturday.

“I’ve got a lot of control of what I’m doing, I’m very comfortable standing over the ball right now and that’s a good feeling,” said a typically-understated Johnson, who grew up just across the state border in Columbia, South Carolina.

Ten players were within one stroke starting the third round, but Johnson was a class apart, in control of every facet of his game as he broke clear with a tap-in eagle at the par-five second after almost holing a five-iron.

He never looked back and did not really miss a green until the final hole, where for the first time all afternoon he was forced to call upon his deft short game to save par.

Rory McIlroy (2011) and Ken Venturi (1956) could not close the deal with four-stroke cushions.

For all his talent, world number one Johnson has only one major title to his credit, the 2016 U.S. Open, a disappointing haul for a player with all the physical attributes necessary for greatness.

A joint runner-up to Tiger Woods here last year, and a perennial major contender, he will take nothing for granted on Sunday, but the final major of an unusual 2020 season is his to win or lose.

“If I can play like I did today I think it will break that streak (of close calls),” he said.

“I’ve got a good game plan, I’m not going to change it. As we all know here, if you get it going you can shoot some low scores.

“I’m going to need to play a really good round if I want to win tomorrow.”

Seemingly fully recovered from a recent bout of the novel coronavirus, Johnson displayed mastery of his trusty power fade off the tee and was in supreme distance control with his irons, a trusty putter the cherry on the cake.

His performance eliminated the chances of many, including Tiger Woods, who started the round four behind but took 12 holes to record his first birdie.

A 72 that left the 15-times major champion 11 strokes adrift, a sixth Masters title a bridge too far.

World number two Jon Rahm was another who had no answer to Johnson’s brilliance.

The Spaniard shared the halfway lead with Johnson, Thomas, Ancer and Smith, but came unglued at the par-five eighth.

He ran up a double-bogey after his third shot struck a tree and ricocheted into an unplayable lie in a bush.

Though Rahm fought back for a respectable 72, he trailed Johnson by seven shots.

Earlier on Saturday, Rahm was among 48 players who resumed the second round at 7.30 am as the tournament played catch-up after Thursday’s long break for bad weather.

What started out with a morning chill in the air gave way to bright sunshine and pleasant November warmth in this unique spectator-free event being played for the first time in autumn.

“I grew up right down the road so this one would be very special to me,” said Johnson.

(Reporting by Andrew Both, editing by Pritha Sarkar and Ken Ferris) 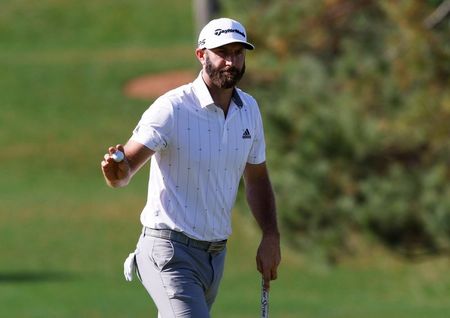 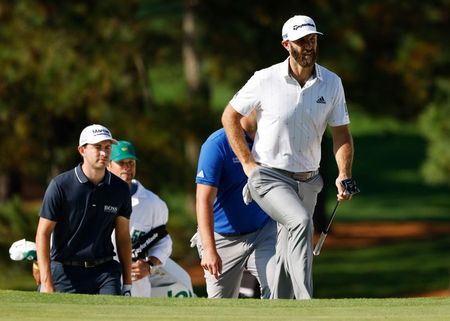 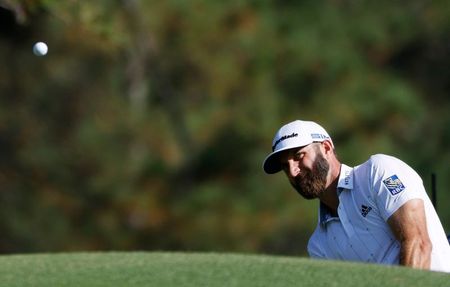 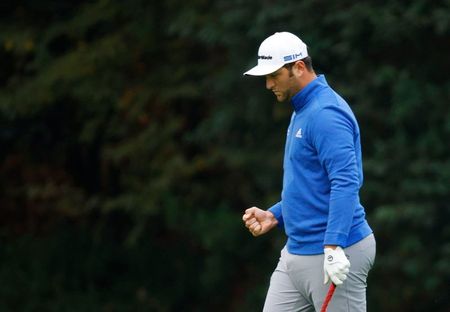 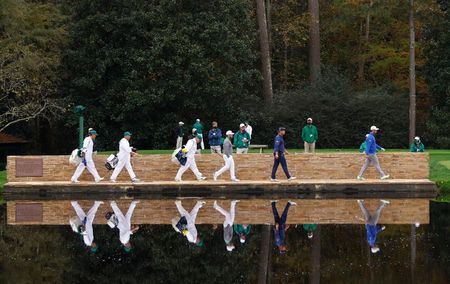