Johnny Manziel joining XFL? ‘Only a matter of time,’ per report 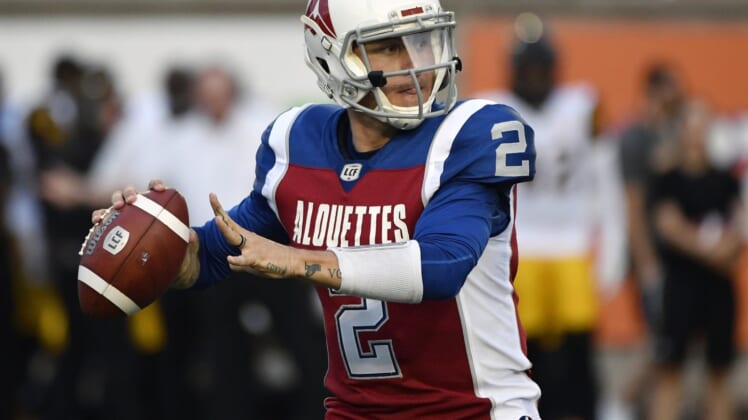 Former Texas A&M superstar Johnny Manziel is running out of chances to prove he is a professional-caliber quarterback, and the XFL is probably his last shot.

The league, which will start up in 2020, has recently opened a window into Manziel potentially playing despite previously making it clear no players with any criminal history would be welcome.

So, does that mean Manziel is a shoo-in to play in the rebooted league next season?

Mike Freeman of Bleacher Report spoke with a source who told him, “the XFL believes it’s only a matter of time before Manziel joins the league.” He added that “the XFL and its teams are simply taking their time in evaluating the former Heisman Trophy winner.”

The biggest reason Manziel would ultimately play in the XFL is that he still moves the needle in a significant way, despite being a pretty ordinary player on the field. With that in mind, it seems plausible that he will be a part of the XFL, sooner rather than later.