As Johnny Manziel attempts to make a comeback to the NFL field, this latest piece of information stemming from a 2016 domestic violence incident is not going to help the embattled former first-round pick.

The Dallas Police Department has released the entire Manziel domestic violence case file stemming from a 2016 incident with then girlfriend Colleen Crowley. To say that it’s unflattering would be an understatement.

In the report, obtained by TMZ Sports, Crowley details Manziel throwing her on a bed and the ground before agreeing to drive Crowley to her car. Once in the car, she details what was a frightening situation.

“Once inside the car, Manziel allegedly struck her in the face with an open hand — rupturing her left eardrum.
‘She felt like she was going to die or get beaten really bad,’ the police report says,” according to TMZ Sports.

The photos themselves are about as damning as it gets. 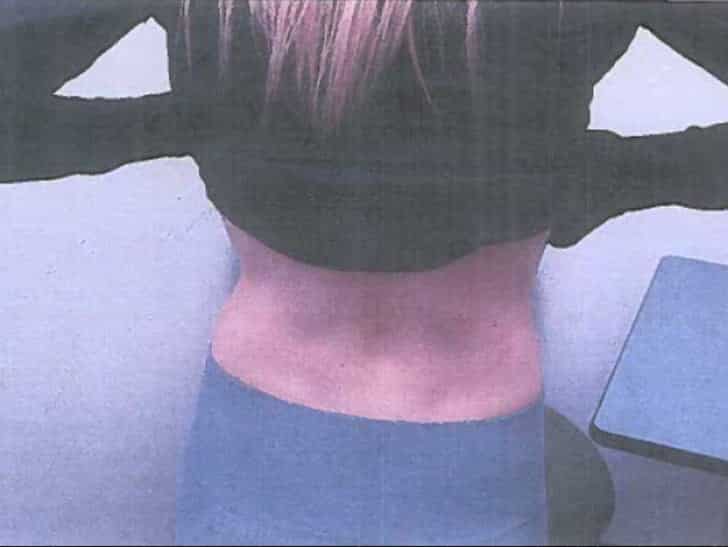 They might put a face on the victim. Even then, the details are even more alarming regarding the night in question.

“Eventually, Crowley got back to her apartment with Manziel. She tried to FaceTime her parents but Manziel got mad, grabbed her phone and smashed it on the ground,” TMZ Sports noted. “Crowley says she grabbed a knife out of fear for her safety — and that’s when Manziel ran out of the apartment. She then ran to a neighbor’s house and screamed, ‘Johnny Manziel just beat the s*** out of me.'”

Manziel was charged with misdemeanor assault before ultimately copping a plea with authorities. This will (and should) obviously have an impact on Manziel’s potential return to the NFL.

Despite it being two years later, a situation like this can’t be seen as good from a PR perspective for a team looking to sign the now sober Manziel.

If he is signed, Manziel is still facing a league-mandated four-game suspension.