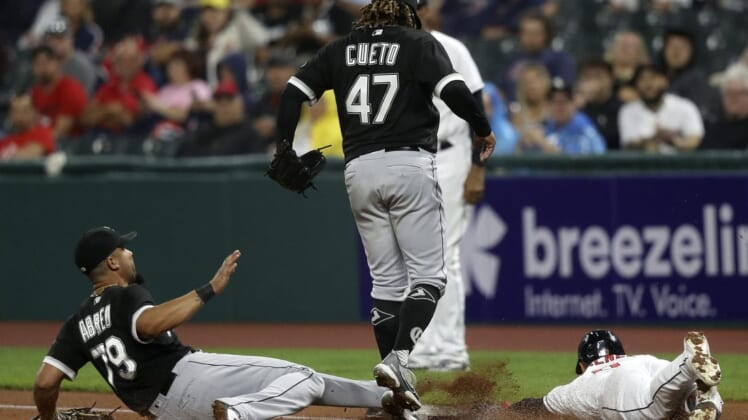 Johnny Cueto tossed 8 2/3 scoreless innings and Jose Abreu ripped an RBI double in the sixth to lift the visiting Chicago White Sox to a 2-0 victory over the Cleveland Guardians on Saturday.

Cueto (6-5) allowed five hits and struck out two batters before exiting one out shy of his second complete-game performance of the season and 19th career. He improved to 5-1 in his last 10 outings overall after Liam Hendriks struck out Oscar Gonzalez to secure his 28th save of the season.

Luis Robert scored on Abreu’s RBI double to highlight his return to the lineup for the first time since Aug. 12 due to a sore wrist.

Elvis Andrus scored on a throwing error from right fielder Will Benson to provide an insurance run for the White Sox, who snapped a three-game losing skid.

All was not rosy for Chicago, however, as Yasmani Grandal exited the contest with left knee discomfort after attempting to avoid a tag at the plate in the seventh inning.

Gonzalez collected two of the five hits for the Guardians, who lost for just the fourth time in their last 14 games.

Cueto and Bieber showed little in the way of rust despite starting the game after a near three-hour rain delay. Bieber allowed one hit through five scoreless innings, while Cueto permitted two in that same stretch.

Robert singled to lead off the sixth inning and came around to score two batters later after Abreu drove a pitch from Bieber that reached the wall in center field on one bounce.

The White Sox nearly doubled the advantage in the seventh after Grandal singled and advanced to second on a wild pitch. Grandal, however, was thrown out at the plate and injured while attempting to score on Andrus’ single to center field.

Andrus advanced to second on that play and to third on a wild pitch from Bieber before scoring on a fly ball to right field from Josh Harrison.