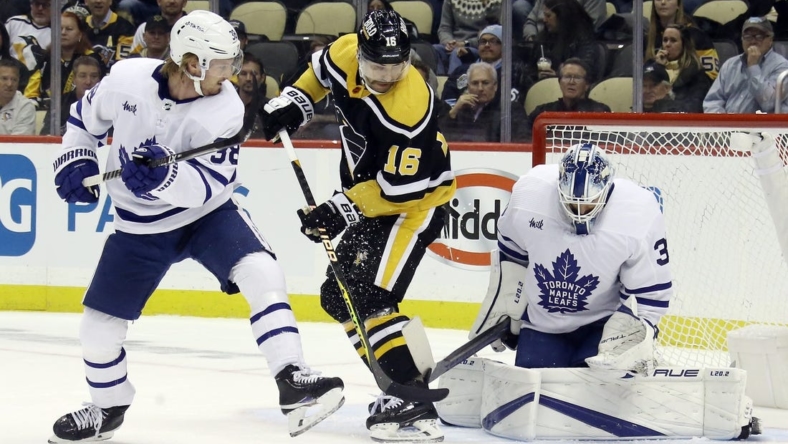 Michael Bunting had two goals and an assist, and John Tavares notched his 400th career goal to go along with a helper on Tuesday as the visiting Toronto Maple Leafs downed the Pittsburgh Penguins 5-2.

Tavares left late in the third after taking a high stick.

William Nylander tallied a goal and an assist, and Mitch Marner also scored for the Maple Leafs, who won their second in a row and are 5-1-1 over their past seven games.

Toronto goaltender Matt Murray, a former two-time Stanley Cup champion with the Penguins who was starting for the first time back in Pittsburgh, made 35 saves in his return from a groin injury.

Rickard Rakell and Sidney Crosby scored for the Penguins, who have lost two straight and are 2-7-2 in their past 11 contests.

Tavares opened the scoring with goal No. 400. His shot from the top of the slot made its way through a crowded crease area to make it 1-0 at 12:04 of the first.

Marner made it 2-0 and extended his point streak to 10 games at 15:04 of the first. Morgan Reilly, from the right dot, fed Marner on the far side of the crease, and Marner swept the puck around DeSmith.

Toronto upped its lead to 3-0 when Bunting scored 11 seconds into the second. Off the period-opening faceoff, Bunting went in on a two-on-one with Auston Matthews against Pittsburgh defenseman Kris Letang and converted off a feed from Matthews.

Just under a minute later, Rakell pulled the Penguins to within 3-1. Following Jason Zucker’s shot from above the right circle, Rakell deflected it past Murray’s glove.

Pittsburgh got within a goal, 3-2, at 2:38 of the second when Crosby scored on a backhander from the right hash marks. That gave Crosby 1,426 career points, moving him into sole possession of 17th place on the all-time points list.

Bunting’s second goal restored Toronto’s two-goal lead. From near the top left corner of the crease, he redirected a shot by Pontus Holmberg to make it 4-2 with 49.7 seconds left in the second.

Nylander added an empty-netter with 2:23 left to play.