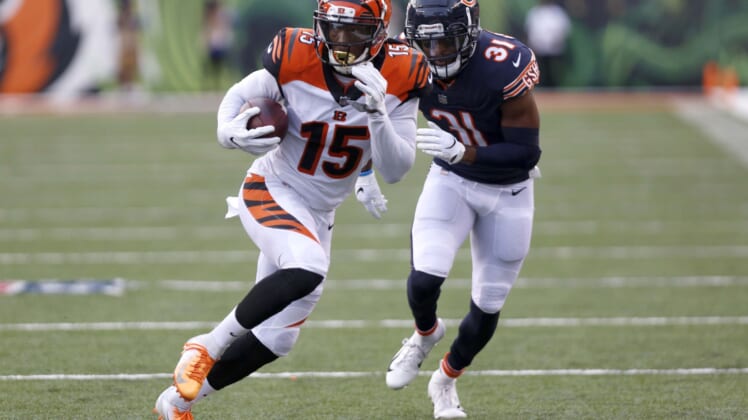 Just two years ago, the Cincinnati Bengals used the No. 9 overall pick to land John Ross out of Washington. Now the team is reportedly looking to trade him.

Two years ago, top WR prospect John Ross set fire to the Combine with his 40 time. Now, sources say the #Bengals are shopping their former first rounder. A fresh start would be welcome by both parties, sounds like.

Ross set a new NFL Scouting Combine record in 2017, scorching the track with a 4.22-second effort. He was a highly productive receiver for the Huskies in 2016, catching 76 passes for 1,122 yards and 17 touchdowns.

Still, given his injury history at Washington, Cincinnati’s move to take him No. 9 overall was seen by most as a huge risk. That turned out to be true, as Ross missed most of his rookie season due to injuries and then missed three games in 2018.

In his two seasons with the Bengals, Ross caught 21 passes for 210 yards and seven touchdowns.