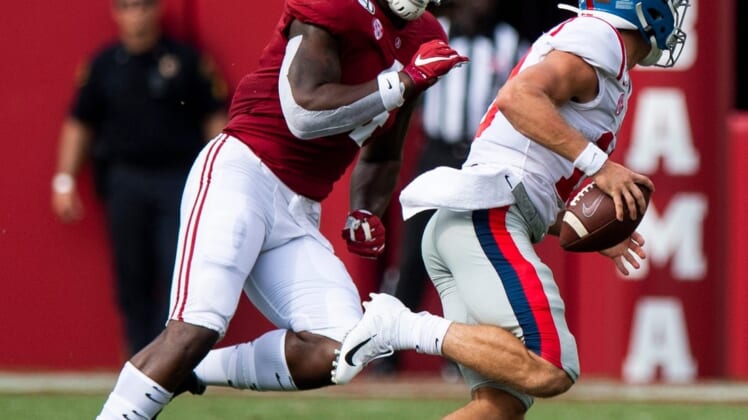 Excited to announce @PlumleeJohn as our starting quarterback! #ChargeOn

Plumlee, a senior, beat out sophomore Mikey Keene and freshman Thomas Castellanos for the starting gig.

Plumlee was the quarterback at Ole Miss in 2019 before being moved to receiver due to the emergence of Matt Corral, who started for the Rebels the past two seasons.

Plumlee completed just 52.7 percent of his passes for 910 yards, four touchdowns and three interceptions in nine games (eight starts) in 2019. He also rushed for 1,023 yards and 12 scores.

He caught 25 passes over the last two seasons, including 19 last season for 201 yards.

Plumlee transferred to UCF in the offseason due to the opportunity to return to quarterback. He will also play for the UCF baseball team after also playing the sport at Ole Miss.

The Knights open the season against visiting South Carolina State on Sept. 1.