John Lynch makes it clear the No. 2 pick will cost teams dearly in potential trade 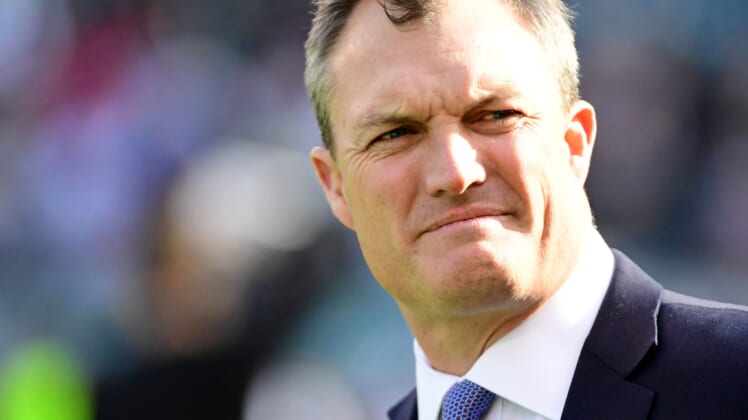 The San Francisco 49ers are in prime position to land a huge haul in the draft. With the No. 2 overall pick, there’s a good chance teams will be trying to trade for that pick to land a quarterback. On Monday, general manager John Lynch made it clear that any team looking to land that pick will have to pay a king’s ransom for it.

He basically sent a message to the entire league with his comments on the matter.

Now, some of this is pure posturing. Lynch is a good salesman and has raked in a huge haul in a trade-up scenario before.

However, the 49ers are also likely to be very interested in one or two of the top defenders who will be selected very early in the draft as well. So, while he’s selling this potential trade as a “you’ll have to pry it from my cold, dead hands” type deal it’s also true that the 49ers will not be upset if they use that pick.

The game is afoot, ladies and gentlemen.

Once the Arizona Cardinals make their move, teams will either be calling the 49ers like crazy, or Lynch will be happy to bring in the best defender in the draft.