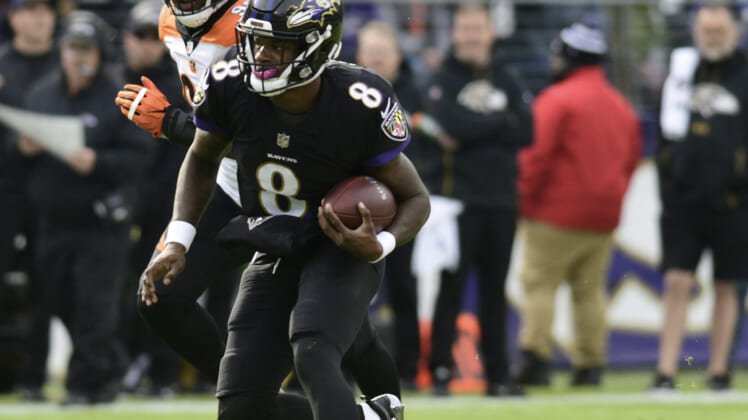 Following a report from Sunday night that indicated Lamar Jackson would be fine to play in Week 15, John Harbaugh confirmed his quarterback’s status on Monday morning.

Speaking to reporters, the Baltimore Ravens coach said Jackson “should be okay” after the quarterback met with trainers on Monday morning. X-rays Sunday night came back negative, and it sounds like he’s going to be good to go heading into next weekend’s pivotal battle against the Tampa Bay Buccaneers.

Before exiting Sunday’s game, two plays before it ended, Jackson was having a very strong outing. His fourth-quarter fumble was brutal, but otherwise he had been doing an excellent job of leading the offense and threw two critical touchdowns, including one on fourth down.

If not for the miraculous heroics of Patrick Mahomes Sunday in Kansas City, Jackson would have led his fourth straight win. The big question going forward is whether Harbaugh will remain committed to his rookie, or if he’ll turn back to Joe Flacco down the stretch.

Based on comments he made, he might just be leaning toward Flacco.

The Ravens are still just one half game behind the Pittsburgh Steelers in the AFC North. With three games left to play, the playoffs are very much an attainable goal.