John Elway: Paxton Lynch ‘is going to be ready quicker than a lot of people think’ 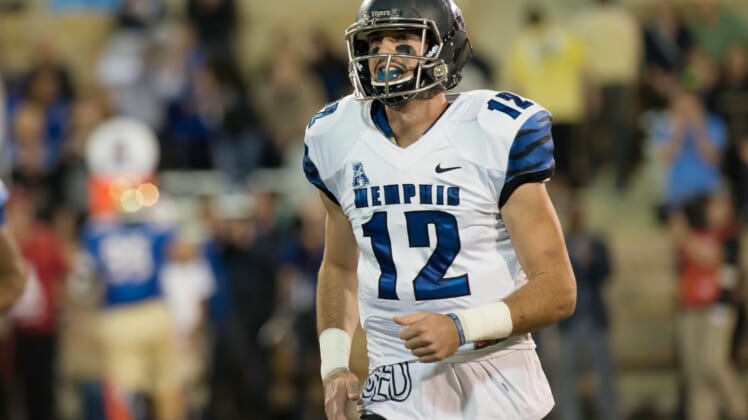 Mark Sanchez is likely covering his ears, pretending not to hear this, but John Elway thinks Paxton Lynch is going to be ready to play for the Denver Broncos soon.

Speaking with 760 AM in Denver Thursday, Elway said: “We think [Paxton Lynch] is going to be ready quicker than a lot of people think.”

Now, to be clear, Elway isn’t saying the rookie will be the starter for the Super Bowl champs in Week 1. But he’s also making it clear Lynch is the team’s franchise passer, which also means Sanchez isn’t in the team’s long-term vision as a starter.

This should surprise no one who has been paying attention to Denver’s thought process regarding Lynch.

It was recently revealed after Denver traded up five spots in Round 1 to land him that the Broncos had Lynch rated higher than Jared Goff, the No. 1 overall pick in the 2016 NFL Draft.

Denver lost some key cogs to its championship defense from a year ago. But the Broncos still feature a strong unit on that side of the ball, which bodes well for a young passer.

Lynch also has the added benefit of an experienced head coach/offensive mind in Gary Kubiak, who won’t throw him in without a plan to keep him safe, both mentally and physically.

So while it’s true Lynch might not be as advanced as Goff is when it comes to seeing the field or dropping dimes under pressure, he might be in the best position to succeed out of all three of the first-round signal callers.

And this is likely why Elway believes his young, hand-picked project will be seen in NFL games sooner than most anticipate.