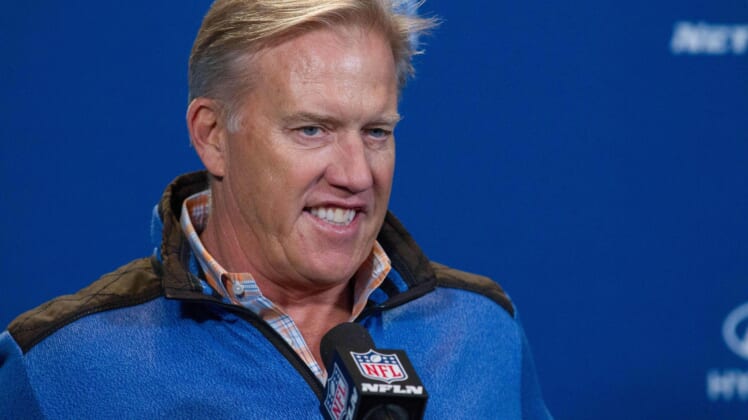 Depending on how Chad Kelly performs, the Denver Broncos could be in the market for a veteran backup quarterback in the coming weeks.

General manager John Elway, in an appearance with 103.5 The Fox Tuesday, said the Broncos might not stand pat going forward.

“I’m not going to tell you we’re definitely going to stand pat, but I’m not telling you we’re going (in) that direction, either,” Elway said (h/t AP). “We’ve got to have confidence that that guy that’s going to be the backup can play and win football games. And so that’s why we’re still in that process of trying to see if we’ve got that guy behind Case.”

Speaking specifically about Kelly, who was promoted to second string on Monday as Paxton Lynch continues to fall out of favor in Denver, Elway said, “Even though Chad played very well on Saturday night — we’ll see how he does this week — but if something were to happen to Case, can he come in and continue to win football games for us? That’s the big part of the evaluation process and that’s still going on.”

Kelly had a very strong showing in the team’s first preseason game, completing 14 of 21 passes for 177 yards, two touchdowns and an interception against the Minnesota Vikings. In the same game, Lynch was a miserable wreck and opened with a terrible interception thrown into double coverage.

There aren’t many capable quarterbacks in free agency, unless Denver wants to reach out to Colin Kaepernick. However, if Elway is desperate enough in the coming weeks, he might want to reach out to Mike Maccagnan of the New York Jets, who’s dangling Teddy Bridgewater to anyone interested in his backup.