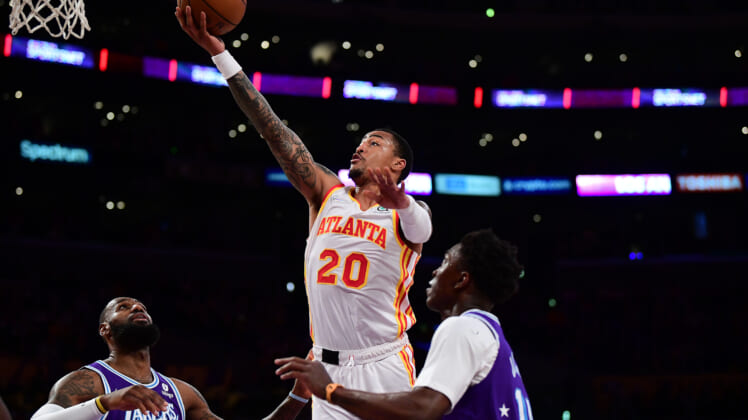 Last year at around this time, Atlanta Hawks forward John Collins was a popular name popping up in trade rumors. The Hawks had yet to sign him long-term and there was uncertainty about his long-term future with the franchise. When the offseason hit, the organization signed him to a five-year, $125 million extension to keep him around through 2025-26.

With the Hawks’ roster largely remaining intact, it was believed the young squad would be able to experience much of the same success this season, only that hasn’t been the case. After finishing with a .569 winning percentage a year ago, they now are at 17-22, with a .436 winning percentage.

Naturally, some frustrations have begun to arise from within. Taking the fewest shots since his rookie season, John Collins is one of the players who’s causing some problems internally. His 20% usage rate is also the lowest mark since his first year in the pros, which reportedly has left him feeling upset.

According to Shams Charania of The Athletic, Collins has “grown increasingly frustrated over his role” on the Atlanta Hawks. The report goes on to state Collins has “challenged the Hawks’ locker room on several occasions”.

This comes on the heels of Hawks general manager Travis Schlenk admitting his uncertainty about whether this current Hawks roster is built for the playoffs.

For what it’s worth, Collins cannot officially be traded until Jan. 15 since he signed his contract extension this summer. Interestingly enough, Charania also links him to a potential Ben Simmons trade. With the Hawks having several desirable assets, they are certainly a team to keep an eye on ahead of the Feb. 10 NBA trade deadline