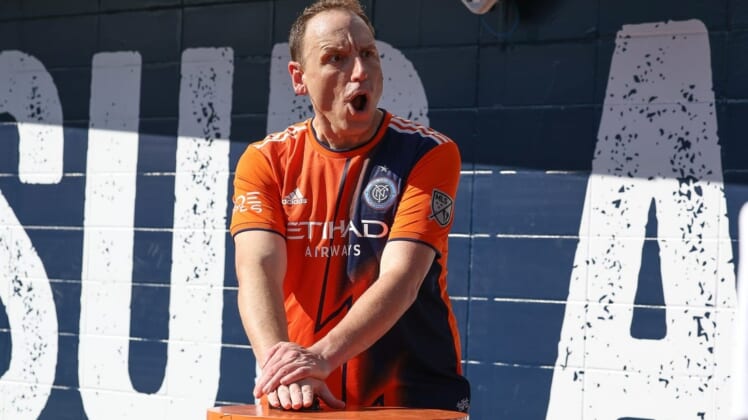 Chestnut, 38, chowed down at a far slower pace than last year, when he broke his record by eating 76 hot dogs and buns. He competed despite a leg injury that was causing him pain and led him to wear a protective boot.

He was still comfortably clear of Geoffrey Esper, the No. 2-ranked competitive eater in Major League Eating, who finished second with 47 1/2 dogs and buns.

A protestor charged the stage in the middle of the contest and Chestnut helped subdue the unwelcomed guest with a chokehold while continuing to eat.

Miki Sudo ate 40 dogs and buns in 10 minutes to win the women’s championship for the eighth time in her career, a women’s record. Sudo returned to the competition after sitting out in 2021 because she was pregnant.

Michelle Lesco, the 2021 women’s champion, was a distant second at 26.