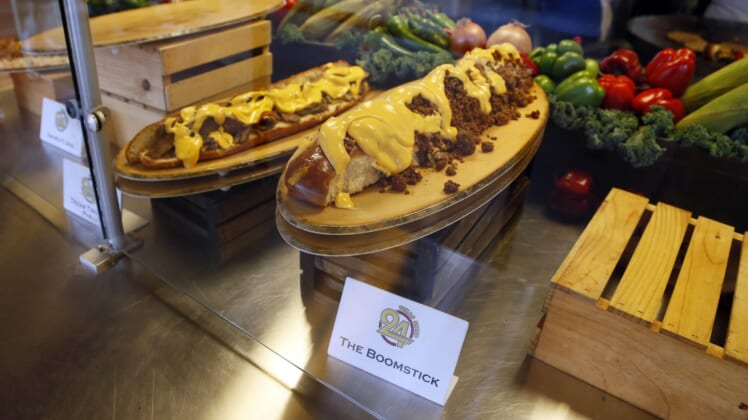 Speaking with TMZ Sports, Kobayashi accused Chestnut of being a cheater, and believes Major League Eating is helping him do it.

“I’ve personally, definitely witnessed some cheating, yes,” Kobayashi says. “One example, we were eating for a pizza P’Zone competition years ago and he was throwing the hardest part to eat — the crust — into the box the whole time.”

When discussing the role Major League Eating has in all this, Kobayashi said he thinks the hot dogs Chestnut has been gobbling down are smaller than usual, per TMZ Sports, and says that contributed to Chestnut’s world record of 74 hot dogs consumed in 10 minutes.

Get the tape measure ready, folks.