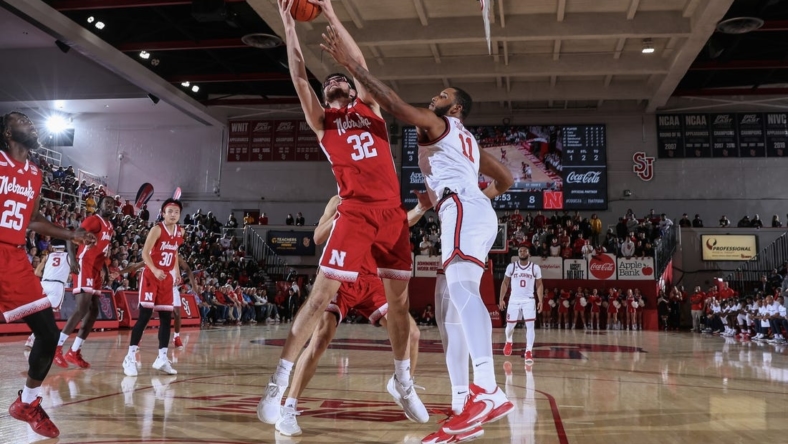 Joel Soriano collected career highs of 17 points and 18 rebounds as host St. John’s started slowly before dominating the second half of a 70-50 victory over Nebraska in the Gavitt Tipoff Games Thursday night in New York.

St. John’s (4-0) earned the Big East’s second win in the event this season thanks to a massive reversal in the second half when it outscored Nebraska 50-23.

Soriano shot 7 of 13 from the floor and scored 12 of his points in the second half, when St. John’s shot 52.5 percent. He also finished with three blocks and helped St. John’s total 40 points in the paint and outrebound Nebraska 52-46.

David Jones reached double figures for the fourth time by adding all 15 of his points in the second half to go along with eight rebounds. Jones missed his first three shots and made 6 of 12 shots after halftime.

Keisei Tominaga led Nebraska with 15 points but was the only player to reach double figures for the Cornhuskers (2-1), who shot 25 percent in the second half and 29.7 percent overall. Juwan Gary added eight points and 11 rebounds but leading scorer Sam Greisel was held to six points and also committed eight of Nebraska’s 17 turnovers.

St. John’s missed its first 10 3-pointers before Andre Curbelo’s 3 put the Red Storm ahead 30-28 to give them their first lead of the second half about three minutes in. The Red Storm opened a 38-30 edge on a putback by Jones with 13:20 left and consecutive 3s by Jones hiked the lead to 44-33 nearly two minutes later.

St. John’s clinched the win when Jones knocked down a 3-pointer with 5:52 remaining before Curbelo hit a spinning reverse layup for a 61-42 lead with 5:19 left.