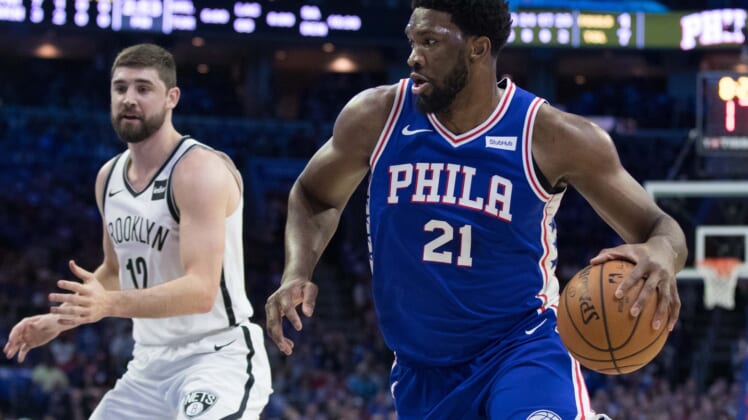 After being listed as doubtful on Friday for the Game 4 matchup against the Brooklyn Nets, Philadelphia 76ers center Joel Embiid is cleared to play after making it through a workout before the game.

The Injury: Embiid’s knee injury has given considerable problems throughout his career and caused him to miss several games in the second half of the season.

The Impact: Embiid’s return to the lineup will be a fairly significant change for Philadelphia’s usage of fellow stars Jimmy Butler, Ben Simmons and Tobias Harris.

Embiid’s return gives Philadelphia another boost as it seeks its third consecutive win in the opening playoff series with a chance to take a 3-1 series lead oN Saturday before heading back home for a chance to finish off the series in Game 5.