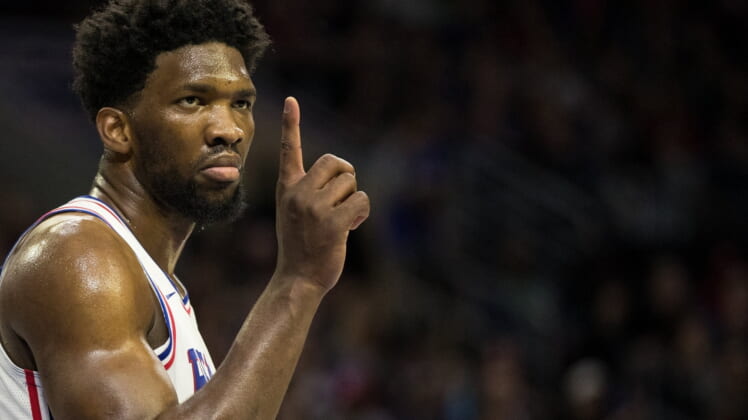 Joel Embiid has become an NBA superstar, and that rise has helped the Philadelphia 76ers center secure another large source of income.

Shams Charania of The Athletic reports Embiid, who was previously sponsored by Adidas, is set to become the highest-paid big man on a shoe deal with Under Armour.

76ers star Joel Embiid has signed a multiyear endorsement contract with Under Armour, a deal making him highest paid big man on shoe deal, per sources. Embiid had been with Adidas.

Last season, Embiid set career-high marks with 22.9 points, 11.0 rebounds and 3.2 assists per game. Thanks to him and Ben Simmons, the 76ers officially took another step in “The Process” and made the playoffs.

Although the Sixers bowed out in second round of the playoffs, they established themselves as a long-term threat in the East.