Joe Thomas issues heartfelt thanks to supporters after retiring 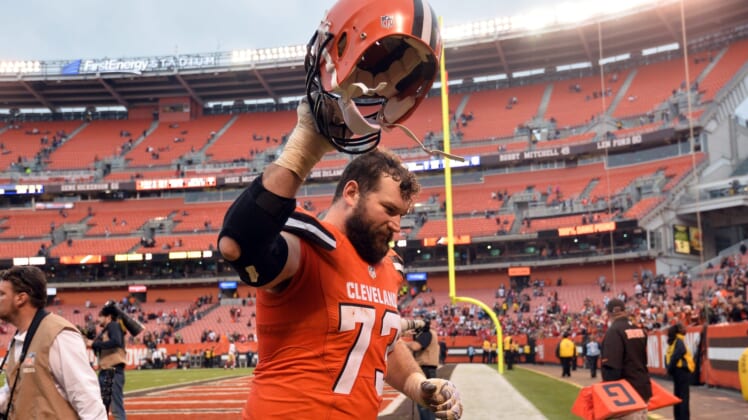 Joe Thomas officially announced his retirement from football on Wednesday, a day which he called “bittersweet” in a heartfelt thank-you message to all his supporters on Twitter.

I am humbled by the amount of people who have reached out and all kind things people have been saying. Thank you to everyone who has shown me support during this incredible 11 year journey! Go Browns!!!

In his official retirement announcement, Thomas said his body just couldn’t hold up to the rigors of pro football any more, calling it an “extremely difficult decision.”

“THIS WAS AN EXTREMELY DIFFICULT DECISION, BUT THE RIGHT ONE FOR ME AND MY FAMILY,” THOMAS SAID, VIA THE BROWNS’ OFFICIAL WEBSITE. “PLAYING IN THE NFL HAS TAKEN A TOLL ON MY BODY AND I CAN NO LONGER PHYSICALLY COMPETE AT THE LEVEL I NEED TO.”

The football world had nothing but positive reactions to Thomas’ retirement announcement. He’s truly one of the all-time greats and a sure-fire Hall of Famer.

Thomas played 167 straight games before an injury took him out last year. He played at an All-Pro level pretty much from the time he was drafted No. 3 overall back in 2007 out of Wisconsin until the day he was injured last season.