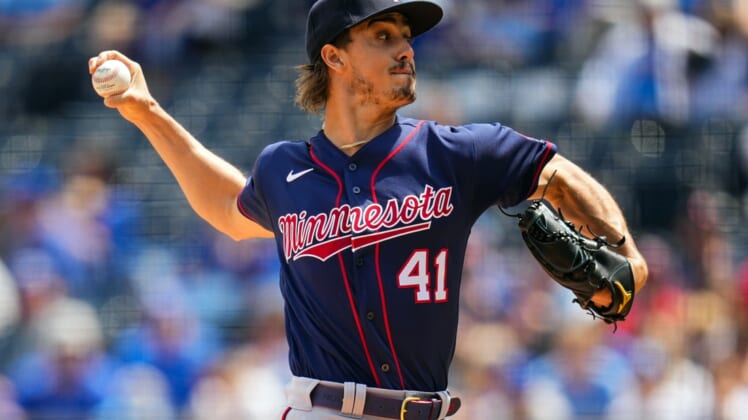 Joe Ryan pitched six scoreless innings as the visiting Minnesota Twins won a 1-0 pitchers’ duel to salvage the finale of a three-game series with the Royals in Kansas City.

The Twins paid back the Royals after being shut out 2-0 Wednesday night.

The two teams, who came into the game in the bottom third of runs scored in the American League, combined for a total of 10 runs in the series.

The Twins were limited to two runners advanced beyond first base and the Royals had just three on Thursday.

The Royals’ bullpen extended its scoreless streak to 21 1/3 consecutive innings with four more clean innings. They allowed only two runs during the six-game homestand.

Ryan (2-1) was spectacular. He allowed no runs on two hits. He walked one and struck out five. He only allowed one runner to advance past first base.

Emilio Pagan earned his first save of the season.

Zack Greinke (0-1) had another solid outing, but pitch count did him in. He allowed one run on six hits in five innings, but that took him 85 pitches. He lowered his ERA to 2.25, but he has yet to earn his first win with the Royals since the 2010 season.

The Twins scored their first run since the fifth inning of Tuesday’s opener on a sacrifice fly by Miguel Sano in the second. Gio Urshela walked to lead off the inning and went to third on a single by Max Kepler prior to Sano’s flyball.

The Royals had a chance to tie it in the fourth with a sacrifice fly of their own, but Andrew Benintendi was thrown out by Nick Gordon from center. Benintendi ripped a one-out triple off the right-field wall, but Salvador Perez’s flyball wasn’t deep enough to score him.

Neither team could mount much of an offensive threat against strong bullpen efforts. The Royals’ best threat came in the eighth when Bobby Witt Jr. legged out a two-out double. But he was stranded when Adalberto Mondesi lined out to right field.